"If you want to achieve a goal you have to move forward, even if there are great difficulties along your way": this is the opening phrase by Malala Yousafzai, the young 2014 Nobel Peace Prize winner and testimonial of the 17 Sustainable Development Goals of the United Nations of the new “A Curious Guide for Courageous Kids, Goals 2030”.

A project born from the collaboration between MUSE – Science Museum of Trento and Pleiades, with the support of IBSA Foundation for Scientific Research and the Trentino Rural Banks’ Fund.

After the great success of "A Curious Guide for Courageous Kids - Coronavirus" - created by the Pleiades Society in two versions, translated into over 30 languages and distributed free of charge to over 2 million families around the world, the "A Curious Guide for Courageous Kids, Goals 2030" is born from the collaboration between MUSE – Science Museum of Trento and the Pleiades Society, with the support of IBSA Foundation for Scientific Research and the Trentino Rural Banks’ Fund.

Seventeen goals to be approached as nearly as possible by the end of this decade to ensure a better future for the world and all of us. 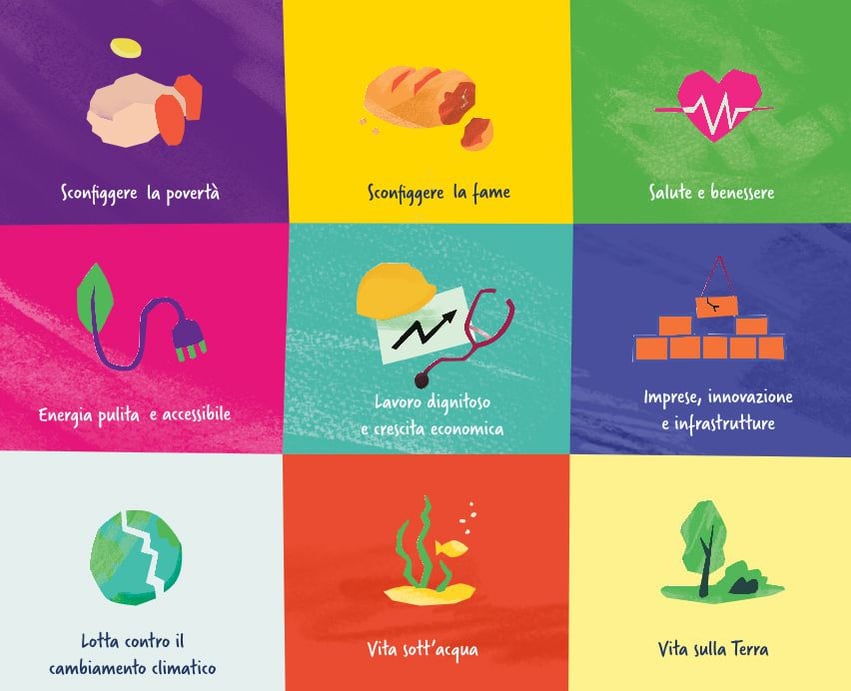 An interactive book to reflect, act and experiment

A Curious Guide for Courageous Kids, Goals 2030 is a journey, narrated in the form of a game, through the eyes of a child travelling through Italy from north to south in the company of a scientist friend, with whom she collects information and faces the challenges and small choices that every day determine a sustainable behaviour and lifestyle.

At the end of the game, as many experience points as there are concepts and values learned. From food to daily transport, from the protection of biodiversity (including urban biodiversity) to housing, passing through the acidification of the oceans and responsible consumption, the little protagonist learns to understand how closely our well-being, as human beings, is linked to that of the Earth and its other inhabitants.

As a background to the narrative, the achievement of the objectives of the 2030 Agenda, elaborated by the United Nations Organization (UN) in 2015, to explain in detail the 17 goals to be achieved to transform our way of life in the name of sustainability. The Agenda touches on important issues, including poverty, hunger, the right to health and education, access to water and energy, jobs, climate change, peace and justice, and gender equality. The achievement of these goals is an arduous journey, which largely concerns the choices made by adults, but to which children - who with small daily behaviour influence tomorrow’s future - can also contribute.

The purpose of A Curious Guide for Courageous Kids, Goals 2030 is therefore to provide children with stimuli and tools so that everyone can know, understand and learn to take the first steps towards a sustainable future. 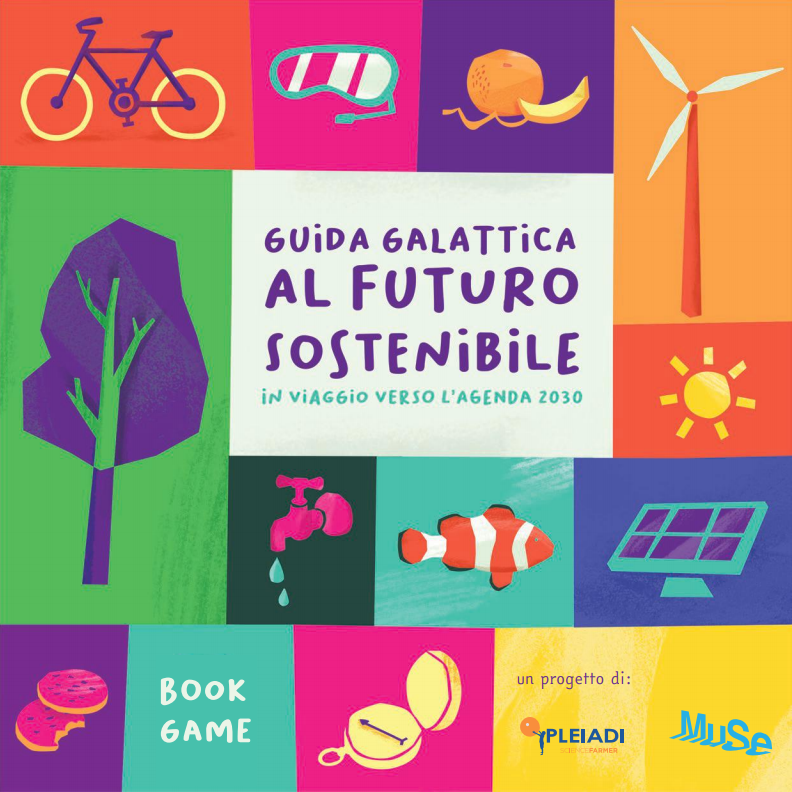 "Within contemporary society, museums are experiencing a moment of redefining their role" - explains MUSE Director Michele Lanzinger - "and are called on to become interpreters of an idea of development in which culture acts as a training element of sociability, well-being and inclusion. In addition to a strong focus on the social function, museums have therefore today entered fully into the promotion, at planetary level, of the principles of sustainable development enshrined in the 2030 Agenda. In this vein lies our precious collaboration with Le Pleiades for the creation of the new A Curious Guide for Courageous Kids, Goals 2030, which is aimed at the youngest, who have always been a fundamental public of the museum and leading players in the development of actions for our future".

IBSA Foundation has always been committed to scientific dissemination. In particular, scientific storytelling is a remarkable means of communication. It is an honour to support MUSE in this authoritative project aimed at the youngest, their families and the educating community.