A discussion on culture during Covid-19 to compare and analyze lessons learned from the emergency. A focus on the boost of digital cultural production and use during the lockdown, as well as on the ongoing transformations in cultural policy, in the supply and demand of culture, and in the evolution of artistic research.

A discussion about Culture in the times of Covid-19

The pandemic crisis, and the uniqueness and vastness of the ongoing phenomenon, have highlighted the crucial role played by Culture in supporting people and communities also emotionally and psychologically. Culture has been a vital resource for individual and collective wellbeing also during the lockdown. Without the wide range of cultural opportunities on offer, which have kept us entertained during the months spent in lockdown, entering our homes through digital channels, as well as through traditional media (books, records, DVDs, etc.), the psychological and social cohesion costs would have been considerably higher.

For the first time in history, the main places of culture – museums, theaters, libraries and cinemas, as well as independent cultural centers and non-traditional places for enjoying culture – were closed. In several cases they have remained shut the world over, presenting Culture with a double challenge: on the one hand, to think up new models and new formats that guarantee economic sustainability and the continuity of employment for workers; and on the other hand, to confront new forms of production and indirect participation, in an environment where the dynamics of social relationships have been suddenly interrupted and put on hold.

One very important aspect which has kept the relationship with audiences alive has been the exponential growth of the digital cultural opportunities on offer. The many initiatives promoted – which are often high quality and either the result of a reprogramming or based on spontaneity and improvisation – have accelerated the digital innovation process which, at various levels, was already emerging in the cultural sector.

A tangible sign of this great energy can be seen in the “Culture and Health. Connected to shorten distances” platform – an expression of the visionary project launched in March by the City of Lugano and IBSA Foundation on the virtuous relationship between these two worlds, ratified by the WHO – World Health Organization with its Report 67 of 2019. The webpage culturaesalute.ch, created in collaboration with SUPSI-Scuola universitaria professionale della Svizzera italiana, collects and offers a selection of the many Swiss and international cultural events created as a reaction to the closures caused by the pandemic. With this major push towards the digital world, the cultural sector must ensure that it does not waste this amazing wealth of experiences, bearing in mind that efficient digital development requires resources and skills.

In an environment that has imposed strict limits on social interaction, the way that artistic activities are produced has also changed, together with how we personally choose to enjoy and take part in these activities. Dealing with the effects of an unprecedented event has led artists and those active in the various cultural sectors to tackle complex issues, such as: pain, absence, a sense of limitation, fragility, loneliness, frustration and powerlessness. At the same time, the fear of infection and the control measures to curb the spread of the virus have produced a change in people’s consumer habits, which has had – and is having – considerable repercussions on their cultural lives, in terms of confidence, interest and availability.

The world of Culture has made an enormous effort. Like all economic sectors, its economic sustainability has been affected. It has been called upon to manage a long transition, redesigning itself for a future that is still uncertain, in which social impact will be one of the strategic variables to be taken seriously in the future.

A future that will probably be different from how we had imagined it would be. For years cultural institutions have been required to increase their levels of self-financing with income from ticket sales, expanding their audiences, donations and sponsorship. This has been very clearly interrupted in the space of just over three months and the situation has been exacerbated by the economic crisis following the pandemic. As a result, well-established systems have to be re-evaluated and questioned for the benefit of local operators and a community, which also thanks to the digital world, is running more and more smoothly, both in terms of relationships and interaction.

With the aim of discussing and analysing the lessons learnt from the emergency, the “Cultura e Salute. Connected to shorten distances” initiative, promoted by the City of Lugano and the IBSA Foundation within the framework of their partnership in the Culture and Health project, has been an opportunity to discuss Culture in the times of Covid-19, thanks to the contribution of important international guests.

Anne Torreggiani discussed the impact of the pandemic on methods of audience involvement. She attempted to identify new profiles and behaviors, in light of the increasingly important role played by digital media in the forms used to produce and consume Culture, and the relevance of the quality of cultural participation.

Anne is a specialist in audience strategy and research, trends and patterns of public engagement across arts and heritage. She has a special interest in the use of data and digital especially for better access to arts and heritage, increased participation and cultural democracy. Linked to this, she has developed a particular focus on human centred design as a path to innovation. She has devised numerous resources and leadership programmes exploring these areas and is a regular commentator and speaker – including a column in Arts Professional – in the UK and internationally. She continues to practice as a facilitator and adviser for a diverse range of cultural agencies, funders and organisations. She is the Co-Director of the new Centre for Cultural Value, funded by the AHRC and based at the University of Leeds. She is also an experienced trustee having served on many steering groups and boards, currently of Tamasha, the leading diverse-led theatre company, and Situations, celebrated for curating extraordinary public art. And is the Founder and Chief Executive of The Audience Agency, the UK national charity for public engagement with arts, museums and heritage, increasing the reach, relevance and resilience of the sector.

Pro Helvetia Foundation was established in 1939 to promote Swiss cultural projects in more than 100 countries worldwide. Bischof focused on the consequences of the current crisis in a Swiss context and on the new projects that have been generated from the difficulties.

Philippe Bischof has been working in the world of culture for 25 years. He began his career as an assistant stage director at Theater Basel, and subsequently worked as director and dramaturge in Switzerland and abroad both at theatre institutions and in the independent theatre scene. From 2008 to 2011 he built up the cultural centre «Südpol» in Lucerne, working both as Manager and Art Director, and established the centre as a nationally and internationally successful platform for interdisciplinary artistic production. Since 2011 Philippe Bischof has been Head of Cultural Affairs in the Canton of Basel-Stadt and thus responsible for the canton’s entire cultural promotion activities as well as for institutions and functions including the cantonal museums, archives and on-site archaeological research. He has been Chairman of the cantonal culture ministers’ conference since January 2017 and Director of the Swiss Arts Council Pro Helvetia since 1 November 2017.

Philippe Kern showed the value of cultural investment and the need to include culture in recovery policies, presenting the Manifesto for a Modern Cultural Policy promoted by KEA.

Philippe Kern is a specialist in culture economics, copyright, anti-trust and trade law, an internationally recognized leader in the world of entertainment, culture, sport and digital technology. He is founder and managing director of KEA European Affairs, a research centre specialised in advising territories and organisations on culture policy since 1999. He has authored numerous studies for European and national institutions on culture, copyright, culture and creative industries as well as audio visual policies. He has been involved as an initiator or scientific coordinator of various high-profile European projects in the field of creative entrepreneurship, art and science or artistic interventions. Kern is the founder of IMPALA – the association of independent music companies (Secretary General from 2000 to 2008). He is expert adviser to the European Union, the Council of Europe, WIPO, the European Investment fund (EIF), Eurocities as well as numerous public authorities. He is chairman of b.creative an international association aimed at networking creative entrepreneurs worldwide. Philippe was former Director of Public and Legal Affairs of PolyGram (now Universal) and head of the IFPI Brussels office.

The free streaming event was part of the 2020 Swiss Digital Days program. 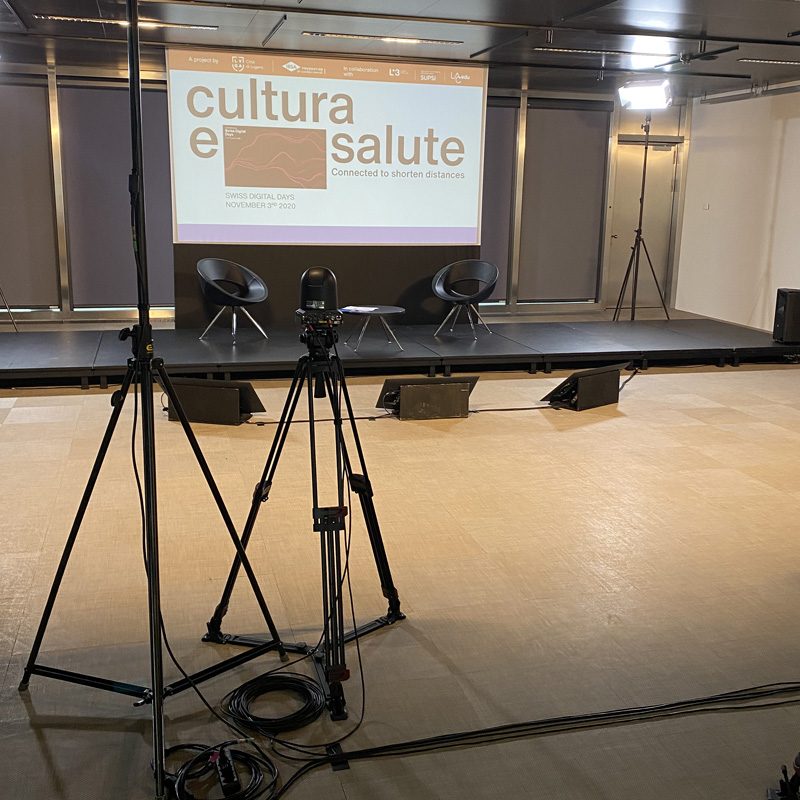 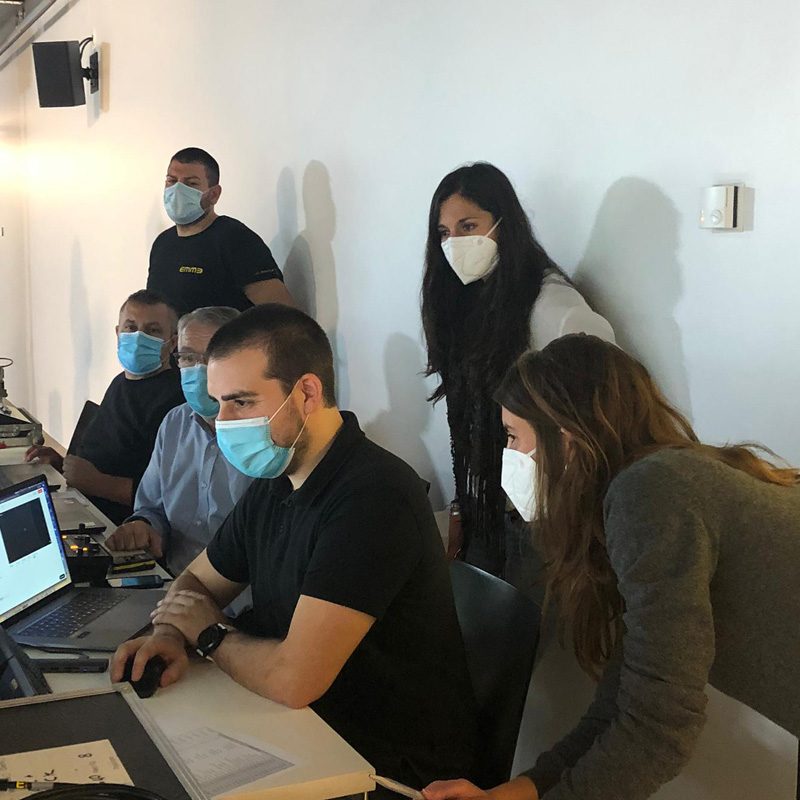 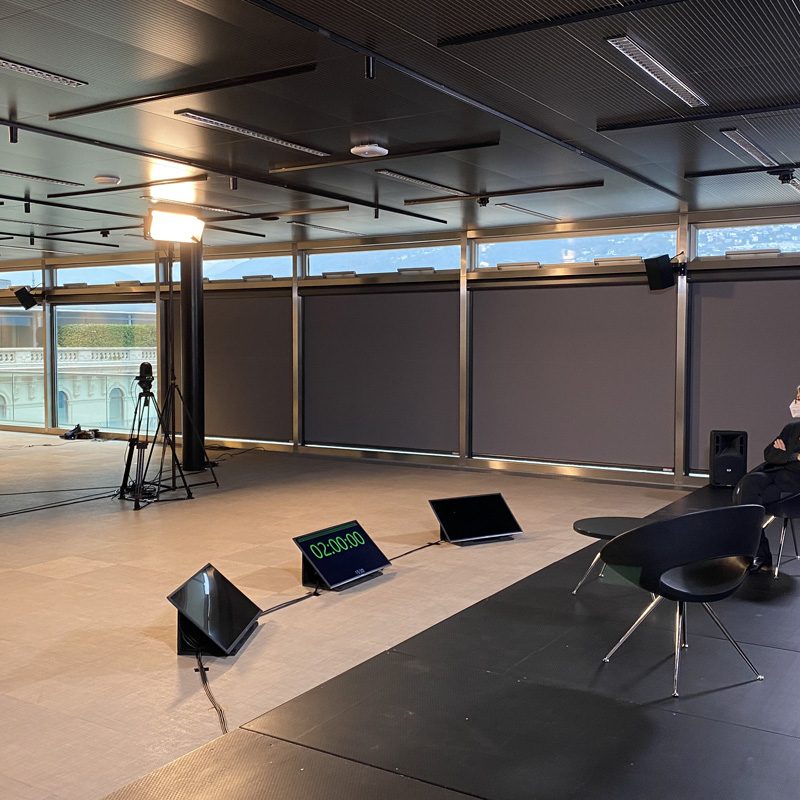 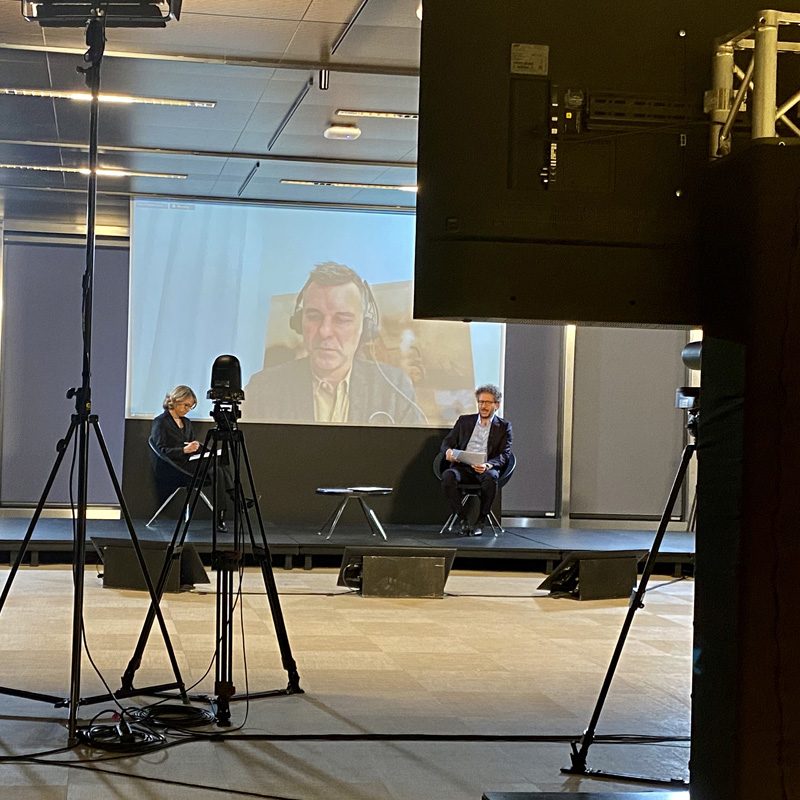 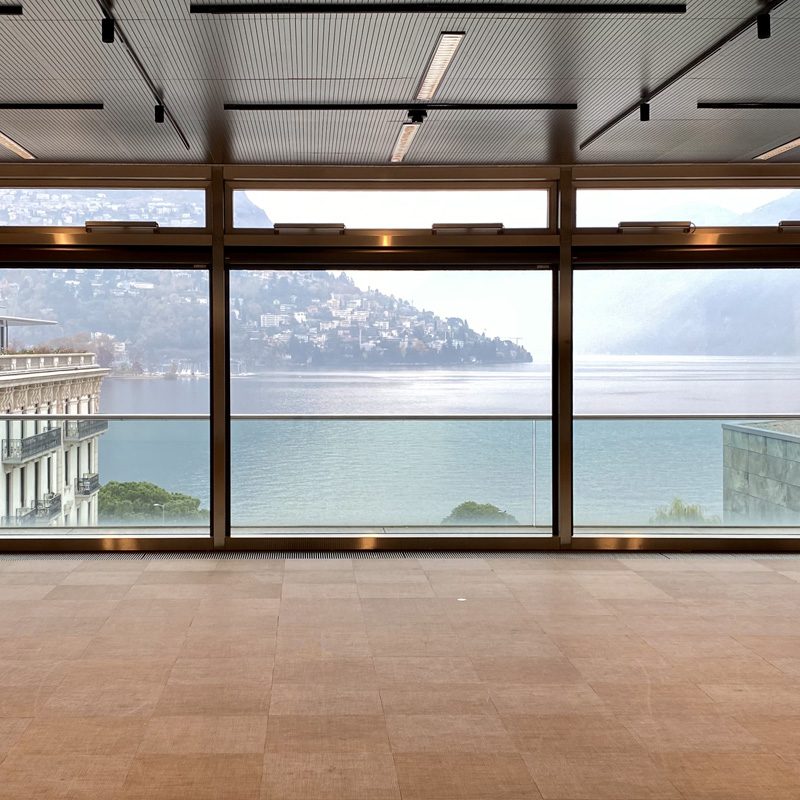 The two days of the Alliance for a Sustainable Future Forum focused on the humanization of healthcare and its spaces, as well ...
Start Reading
Editorial IBSA 12 October 2020 64 min read

A discussion on culture during Covid-19 to compare and analyze lessons learned from the emergency. A focus on the boost of ...
Start Reading