Food, here are the most advanced frontiers of research to curb disease and prolong life.

The Forum “The new nutrition era: from molecular mechanisms to human health”, organized by the IBSA Foundation, has just concluded at the IFOM-IEO Campus in Milan. The Forum has been organized with Lucilla Titta, coordinator of the Smartfood Program at the Department of Exp-Oncology of IEO (European Institute of Oncology). Partners of the meeting, the European Institute of Oncology, the SmartFood Project and the Food Bank in Oncology.

The researchers, coming from five countries (United States, Israel, Germany, Spain and Italy), presented the most advanced studies in a sector – that of food – which is unfortunately plagued by a large amount of fake news. What are these studies? Those that revolve around the ability, demonstrated by certain foods, or certain “techniques”, to curb the aging genes and to stimulate, at the same time, those of longevity, through complex biochemical mechanisms.

But that’s not all: other research has also revealed that specific “actions” on how to eat can mitigate the symptoms of diseases that are not easy to tame, such as diabetes or autoimmune diseases.

So there are other ways (in addition to the good rules of healthy eating) to curb aging and lengthen life through nutrition. Some examples:

– Eating only at certain times of the day following the natural wake-sleep rhythms, helps the body reducing chronic inflammation and the tendency to obesity, but also certain cardiac disorders, says Professor Panda

– According to Professor Michalsen, fasting intermittently, ie alternating days of absolute fasting with others in which one feeds in a normal way, can help the body to calm the symptoms of inflammatory diseases, but also of other pathologies, provided that the abstention from food is planned and followed by an expert medical staff.

– The bacteria and other microorganisms that we have in the intestine (and which weigh, as a whole, more than a kilo, forming what the experts call microbiome) can, according to Professor Segal’s research, influence very – positively or negatively – in the onset of diseases such as diabetes, obesity, but also circulatory disorders.

– Some life-extending substances (seven, to be precise) have been identified and described by researchers at the European Institute of Oncology, as part of the Smart Food project: quercetin, resveratrol, curcumin, anthocyanins, epigallocatechallallate, fisetina, capsaicin. All these substances, present in different types of plants, act by modulating directly, and positively, the expression of the DNA of the cells. 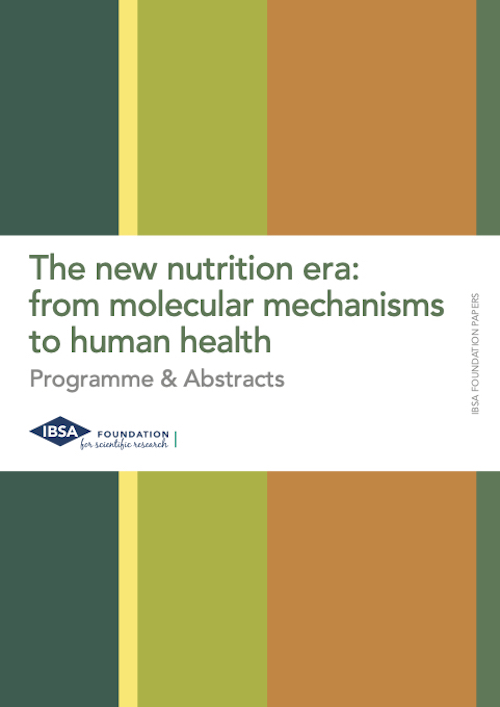 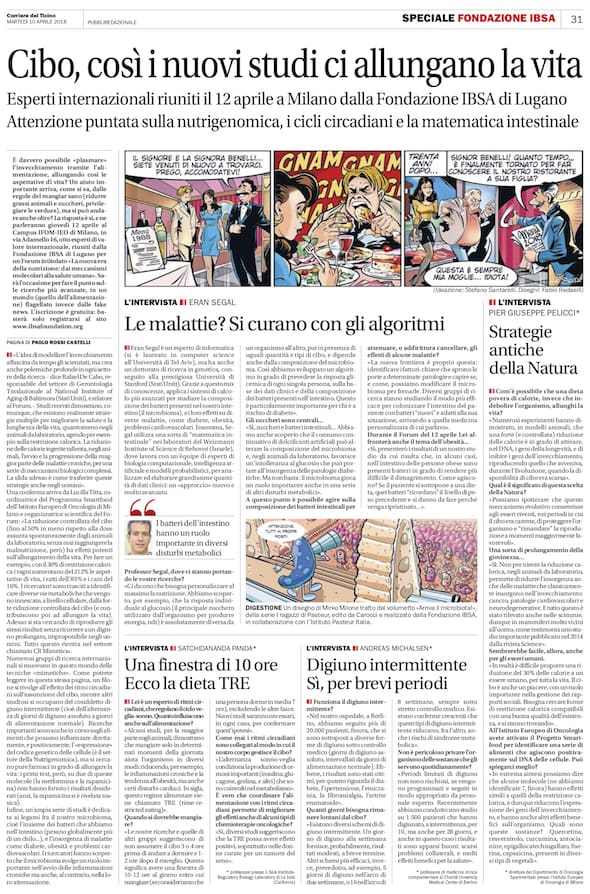 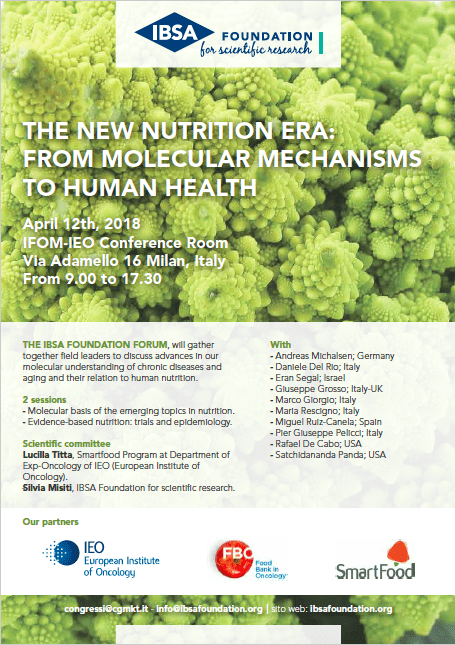 AN ALGORITHM TO MEASURE GUT BACTERIA

In another research, we have shown that the consumption of artificial sweeteners can alter the composition of the microbiome as well as, once transplanted into sterile mice, it can cause glucose intolerance and lead to the development of diabetes. And that the microbiome plays an important role in various metabolic diseases.

The next frontier is to identify the drivers of the disease and understand on the basis of how we can modify the microbiome to improve health. This is still an area of ​​active research and there are many challenges, how to understand how to successfully colonize specific bacteria in different people, and which bacteria must be added to each person, as they are likely to be personalized too.

The next frontier is to identify the drivers of the disease and to understand how we can use them to modify the microbiome to improve health. This is still an area of ​​active research and there are many challenges, such as how to understand how to successfully colonize specific bacteria in different people, and which bacteria must be added to each person, as they are likely to be personalized too.

Numerous experiments have shown, in animal models, that a strong (and controlled) reduction of calories is able to activate, in DNA, the genes of longevity, and to inhibit the genes of aging, reproducing what was happening during the Evolution, when the availability of food was poor. We can hypothesize that this evolutionary mechanism allowed living beings, in times when food was lacking, to protect the organism and “postpone” reproduction at more favorable moments.

The caloric reduction, in laboratory animals, allows to reduce the onset also of the diseases that classically arise in aging: cancer, cardiovascular and neurodegenerative diseases. And all this has also been detected in monkeys, therefore in mammals very close to man, as evidenced by an important study published in 2014 by the journal Science.

Marco Giorgio – Researcher at the European Institute of Oncology in Milan

To attract animals, the angiosperms have developed different phenotypes, which include the accumulation of bioactive compounds with minimal nutritional value in the edible parts of flowers and fruits, but with a significant impact on the animal’s ecological niche.

In the floral nectar the alkaloid caffeine favors the memory of the reward in the pollinators, in the pollen consumed by the ciliary bees the cumaric acid improves the resistance to stress, in the elaiosomes of some spores the specific fatty acids induce the mirmecory translating the reward signal to the ant.

In animal models, a number of secondary metabolites present in the flower, nectar or fruits protect against age-associated diseases, delay it, and prolong life span. It is still unclear whether animal longevity is an important trait in animal-vegetable coevolution: animal mutualism is difficult to prove empirically.

It is becoming increasingly clear that intermittent fasting helps reduce the risk of metabolic syndrome and heart disease. One of our studies, just concluded, also shows that a 3-day fast, or more, can reduce the side effects of chemotherapy in cancer patients.

Limited periods of fasting are safe, if they are managed by experienced medical personnel. This is my experience in our hospital, where we monitored over 20,000 patients who fasted for 7 to 14 days.

We are also publishing the results of a study on 1,500 patients who fasted from 10 to 28 days, again without serious side effects, but with beneficial health effects. We used intermittent fasting, and even the most prolonged, to help patients with diabetes, hypertension, fibromyalgia, migraine, rheumatoid arthritis, multiple sclerosis and other inflammatory diseases. And the results were very good.

Aging is a continuous process that occurs for all living organisms and all the cells within them. The processing of “food” or energy induces a burden on the cellular machinery because, as for a machine, the different parts of the engine “feel” the load of time differently.

In nature the “maximum ceiling” of each species is given by multiple factors, there is a maximum limit for the life span / human survival. However, we have ample room to improve our health and the postponement of the disease in the last part of our lives.

We are trying to understand how caloric restriction works (CR) and how it can be translated into a clinic for health improvement. The context and the length at which CR can be applied to a given population must be determined following rigorous preclinical and clinical studies with clear and measurable outcomes. The studies carried out so far have shown promising results.

Giuseppe Grosso– Researcher at the Integrated Cancer Registry of Catania

Evidence of the relationship between dietary factors and human health has often provided consistent results, but a complete evaluation is still lacking. The preliminary results of our work were aimed at assessing the level of evidence of the association between individual foods, dietary patterns and risk of disease.

To further evaluate the validity of accumulated evidence, we then investigated potential effect modifiers. In particular, we found unhealthy dietary patterns associated with a higher body mass index, while healthy patterns were associated with higher education, physical activity and less smoking.

Moreover, in the monitored groups it was found that the body mass index, education and smoking are associated in a linear way with the level of consumption of meat, fruit and vegetables. Therefore, the role of these factors as potential effect modifiers should be further investigated.

Our approach is to focus on a food model that includes different types of healthy foods. This is the case of the Mediterranean Diet, a plant-based diet in which the main source of fat is extra virgin olive oil. For example, when we consume proteins, fats or carbohydrates from fruits and vegetables we also incorporate fibers and other micronutrients (vitamins and minerals) and healthy components such as polyphenols. The interaction of all these elements together explains the healthy effect of the Mediterranean diet. In addition, the use of olive oil is important to increase the taste of the foods we eat and therefore it is a diet that we can follow in the long term.

This is why we are developing the PREDIMED plus study, in which we evaluate the effect of a low-calorie Mediterranean diet compared to a non-energetically limited Mediterranean diet. We want to avoid the regaining of weight observed in other low-calorie diets that have an excellent result in the short term, but are very difficult to follow for a long period of time.

Research conducted on animal models shows that eating in a narrow time band (Time-Restricted Eating, TRE) has positive effects on different organs and systems of our body. There is a circadian component that drives hunger and satiety. And the biological clock also imposes a rhythm on various hormones that are involved in the metabolism: insulin, glucagon, GLP1, ghrelin and others. Our research, together with those of several other groups, suggest avoiding food for at least 3-4 hours before going to sleep and 1-2 hours after waking up. This means having a window of 10-12 hours a day to eat.

Some epidemiological studies have suggested that eating limited to a narrow time frame of the day can improve the prognosis of breast cancer. It has to be verified whether the combination of these two procedures (drug intake in a precise time period of the day, and also food intake in a limited time band) can further improve the prognosis of cancer. 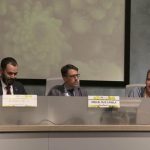 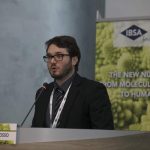 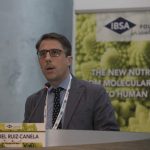 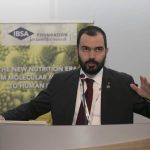 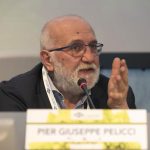 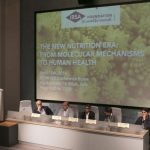 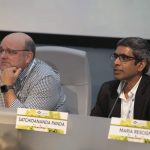 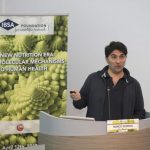 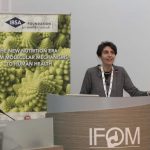 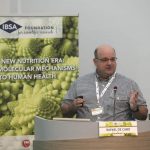 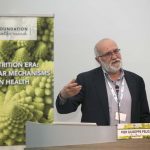 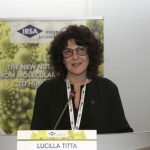 IBSA Foundation Special Forum 2021: vaccines and monoclonals are the best weapon available to save lives, safeguard the economy ...
Start Reading