The fifth edition of Let's Science! has ended: a week dedicated to young and adults, from 12 to 17 September 2022 in the beautiful Villa Saroli - Lugano.

Telling and bringing science to life in an alternative, engaging way, with different and topical languages: this is the winning formula of Let's Science!, the creative path of science disclosure promoted by IBSA Foundation for scientific research in collaboration with the Department of Education, Culture and Sport of the Canton of Ticino (DECS).

Reaching its fifth edition in 2022, Let's Science! aims to provide girls and boys with accurate scientific information through a simple and understandable language: comics.

Thanks to activities such as experiential and creative workshops, exhibitions and comic strips, the project offers the opportunity to learn more about science in a different and appealing way, and at the same time to get to know the work of doctors and researchers, becoming in fact not only a useful instrument for didactic learning, but also an orientation projects for the future professional choices of young students.

The exhibition presented comic strips from the first 10 volumes of the Let's Science! The volumes contain a scientiﬁc text written by doctors and scientists, and a comic script written by the students of Ticino's secondary schools and produced by the illustrators of the Scuola Romana dei Fumetti.

The peculiarity of the Let's Science series is that it combines the authoritative and rigorous divulgation of experts on scientific and health topics with the captivating and visually striking language of comics. 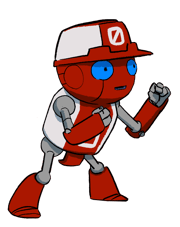 "A Scientist Among Us" was the title and leitmotif of the week: some and classes of middle schools in the Canton of Ticino will have the opportunity to interact with the scientists who are the authors of the volumes presented, as well as with artists and illustrators, delving into science in an engaging way.

The aim is to provide children with correct scientific information with an engaging and evocative approach to even the most difficult topics.
Comics represent a suitable code for this purpose. A useful opportunity not only for didactic learning, but also for better orientation for future professional choices. 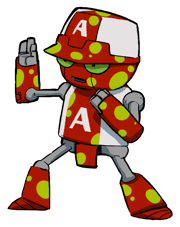 The participating classes will also visit the headquarters of the USI ideatorio, in Cadro, and the Contagio espo in Castelgrande, to continue their encounter with science. An experience that will help students and teachers immerse themselves in the scientific reality of an area that stands out for its strong vocation for research and innovative studies.

Digital between illusion and reality 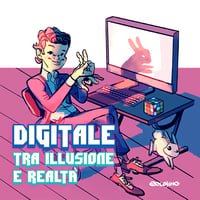 An evocative and magical event, which allowed participants to discover the "Digital between illusion and reality".

With the help of the techniques of the Swiss mentalist Federico Soldati and the knowledge of some experts on the subject, participants were able to understand the risks and opportunities of the web in an alternative and original way.

The afternoon concluded with a talk by RSI SPAM focusing on digital content creation. Refreshments were offered for all participants at the end.

Exhibition Competition Contagion - narrate the pandemic with a comic strip

Within the exhibition in the Limonaia of Villa Saroli, the three winning comics of the Contagion competition were exhibited, together with those that received special mentions.

The competition, launched in schools by IBSA Foundation in collaboration with the DECS, aimed to let the younger generations tell, through comics, how they experienced the difficult period of the health emergency linked to the spread of COVID-19.

Contagion attracted a large number of participants: 28 classes (12 first, 15 third and 1 special class) from 16 different schools in the Ticino region, with a total of 111 projects.

This year, Let’s Science! has reached the fourth edition. The date for young and old is at Villa Saroli, Lugano, on 6-11 ...
Start Reading