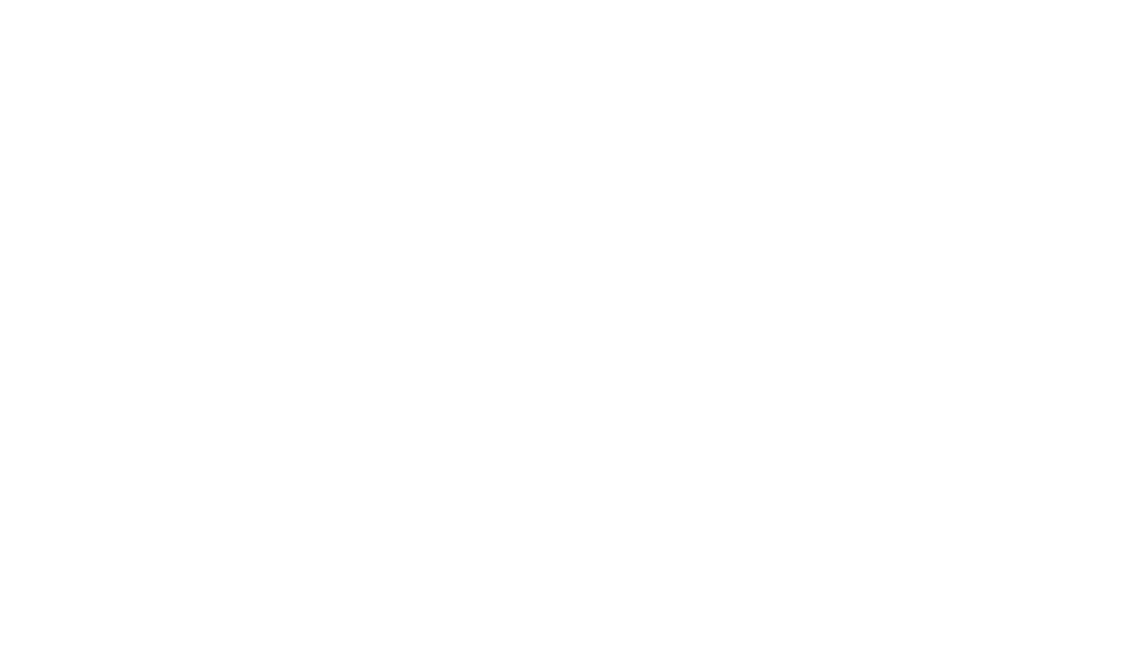 Glaciers: the time remaining
a conversation between Julian Charrière and Felix Keller

The La Scienza a regola d’Arte series, a product of the collaboration between IBSA Foundation and MASI, the Art Museum of the Italian-speaking part of Switzerland, returned with its sixth meeting, which was held on Tuesday, November 26, in the Hall of the LAC – Lugano Art and Culture.

The artist Julian Charrière and the glaciologist Felix Keller led this conversation, which closed the 2019 calendar of events.

After the fascinating conversation last spring between the Italian Artist Andrea Galvani and the particle physicist James Beacham, the subject being discussed once again was science, art and climate change with Julian Charrière, one of the most innovative Swiss artists of his generation, and Felix Keller, glaciologist and Professor at the ETH in Zurich, who has been active in raising awareness and conducting research on the melting of glaciers for many years. The event will be moderated by Dehlia Hannah, researcher and science philosopher.

Julian Charrière has established himself on the contemporary art scene as a modern explorer and is well-known for a conceptual artistic research project that crosses and combines various disciplines, from geology to archaeology, physics to history. With a similar attitude, Prof. Felix Keller also has an interdisciplinary approach to his research, shifting between physical geography and human geography, and combining science, sociology and technology. 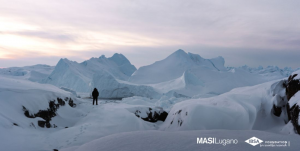 The two discussed the consequences of climate change in their respective research areas, and addressed in particular how this affects the geography of glacial regions. The awareness of the subject that both are raising through the development of complex projects, which are not always necessarily related to their respective research areas, is closely linked to their real-life experience. Charrière and Keller are field researchers, among the few that have personally visited the places central to their research: the Arctic, the Antarctic and several Swiss glaciers. Both can be considered “investigators” of the inextricable link between the environment and human behavior. Keller and Charrière are the spokesmen of these remote and inhospitable places, today central symbols of the Anthropocene, through public initiatives that become reflections of the “urgency” of the situation: one through the projects of the GlaciersAlive association, with concrete actions resulting from academic studies on geological preservation, the other with works of art that push us to reflect on the interdependence of humans and nature.

At the end of the talk, Towards No Earthly Pole exhibition and Julian Charrière’s latest works, were open to the audience for free. His last important project lends its name to the exhibition, which was created during his arduous voyages in the Arctic and on Swiss glaciers.

The conversation between Charrière and Keller was moderated by Dehlia Hannah, researcher at the Aalborg University in Copenhagen, who specializes in the philosophy of scientific experimentation and aesthetic theory. With similar research and publications on the subjects discussed by Charrière and Keller, Hannah is the ideal moderator for a conversation between the humanities and science, thanks to her hybrid education and a special focus on environmental issues, the main subject also of her latest publication A Year Without Winter, in which she reframes the contemporary imagery of the climate crisis and analyzes how the phenomenon has been received from a cultural perspective.

With this event the audience had the opportunity to observe issues that have become increasingly urgent in recent years from a completely new perspective: Charrière and Keller’s insight is genuine and – far removed from any political or economic interest – they avoid the banality and the manipulation that are becoming increasingly marked in the debate on climate crisis.

The conversation between Julian Charrière and Felix Keller was the sixth event in the La Scienza a regola d’Arte series, which since 2017 has enabled Art and Science to find common ground through dialogue, showing the similarities between two systems that only appear distant, but have always been committed to the promotion of culture. Through this initiative, the MASI and IBSA Foundation are expanding their interests, as well as the in-depth study of subjects that appear to be distant from their institutional mandates, where the relationship between art, science, technology and research is so close that it is often hard to separate one from the other.

AN ARTIST HAS TO KNOW HOW TO REACT, COMMENT AND CREATE

I think that today there isn’t much to explore any more, because everything has been touched and seen somehow. In my work I try to engage with some specific places, and I am always trying to search for a dialogue outside a normal studio situation.

There is certainly a similarity between scientific work or what we call exploration, even if today I would put this term in inverted commas, because it is something we inherited from the 19th century.

Exploration today is probably more in space or in nanoscale but, even if there is no exploration any more, I really believe as an artist that it is very important to expose oneself to different situations, in order to react, to comment and to create. That is actually what is driving my work mostly.

I don’t think that most of the public know that there is maybe a correlation between science and art, disciplines that normally in popular culture are completely separate. But there is a lot of crossing between the disciplines and the IBSA Foundation facilitates the understanding that there is this plurality of disciplines. This type of comparison between artists and scientists is something that should be more supported today.

REBUILDING GLACIERS FOR THE FUTURE GENERATIONS

Our project called MortAlive will combine physical geography, human geography and glaciology with the idea of saving fresh water for our future generations.

This means that we will recycle melt water that the glaciers produce in the summertime; we will collect this melt water and then use it to produce snow during the wintertime to cover the glacier for the next summertime, protecting it against the sun.

For me, culture and science are one of the most important things in my life, and therefore I think that what the IBSA Foundation is doing here is the best thing for bringing culture and science together. I hope that there will be a lot more of such events.

PEOPLE WITH DIFFERENT SKILLS NEED TO COORDINATE THEIR ACTIONS

I think that the crucial thing to understand is that artists, scientists, also politicians, sociologists and sometimes philosophers – everyone is crucial in communicating on the understandings of others, but also in crafting a message. We need a kind of mutual understanding of the problems that we face and the very many different types of approaches that we can take towards addressing the climate crisis.

There won’t be a single fix, because we are talking about the whole planet. And each mountain, each lake, each ocean and all of those complex systems will require the coordinated action of people who think in very different ways and have very different kinds of skill sets and expertise.

I think that artists are an essential part of that, and especially because often they are mediators between these different types of expertise. There is no one “perspective” from which we have a clear and simple message to communicate: we have to reach that message together. 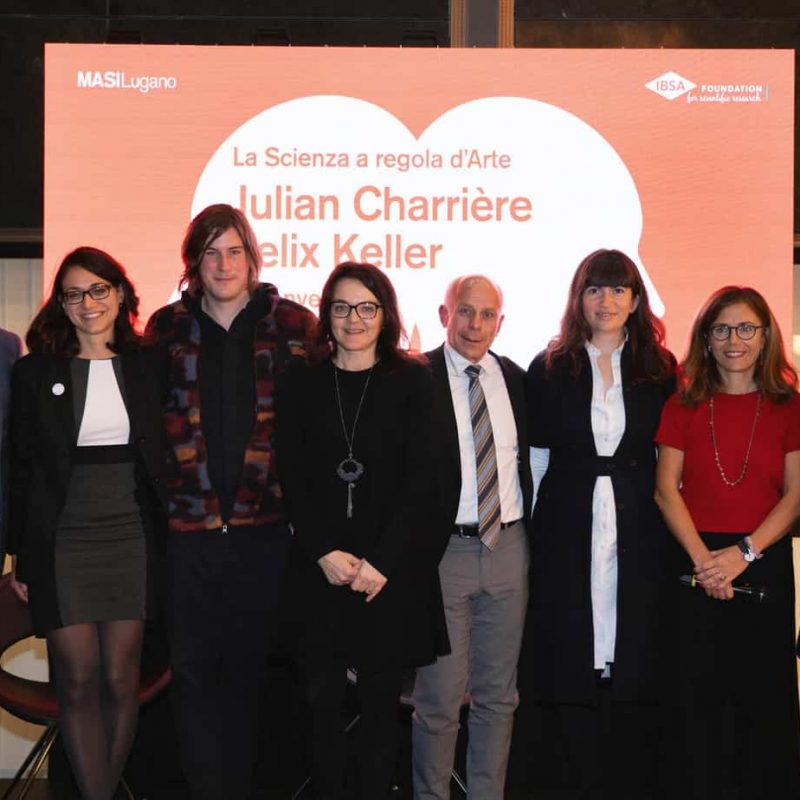 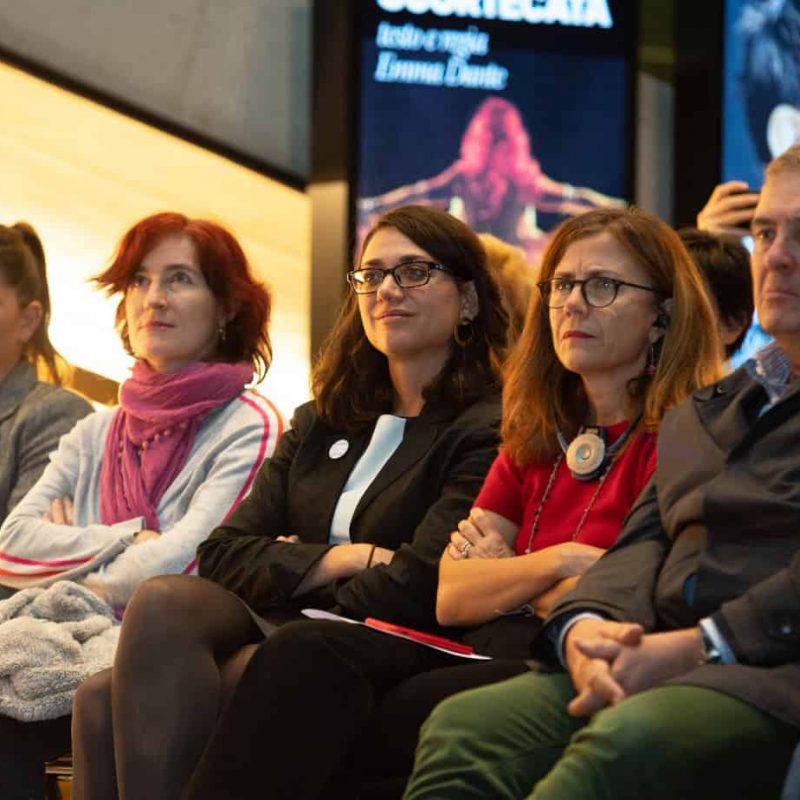 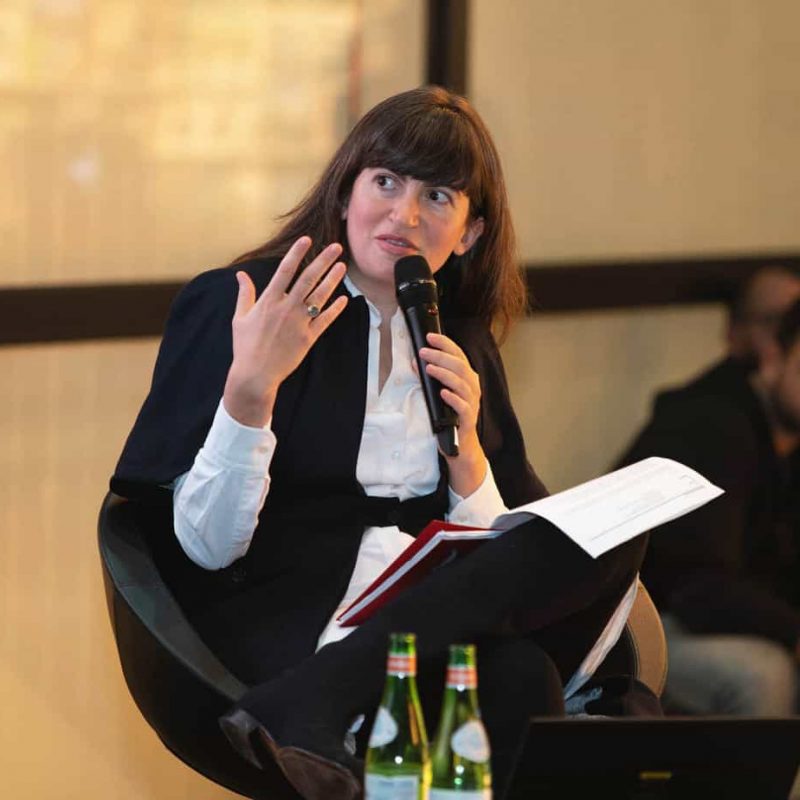 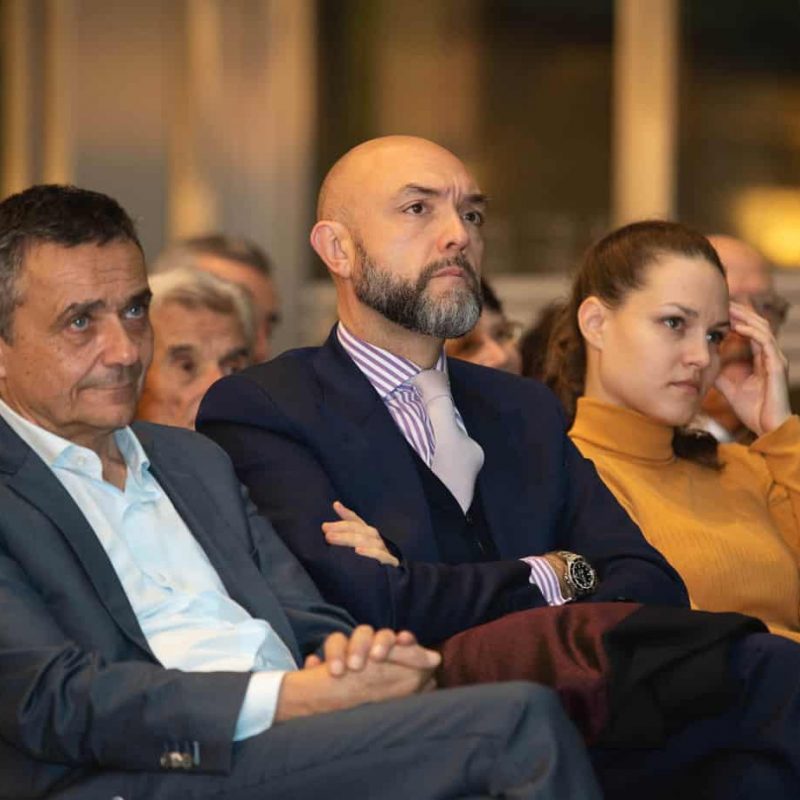 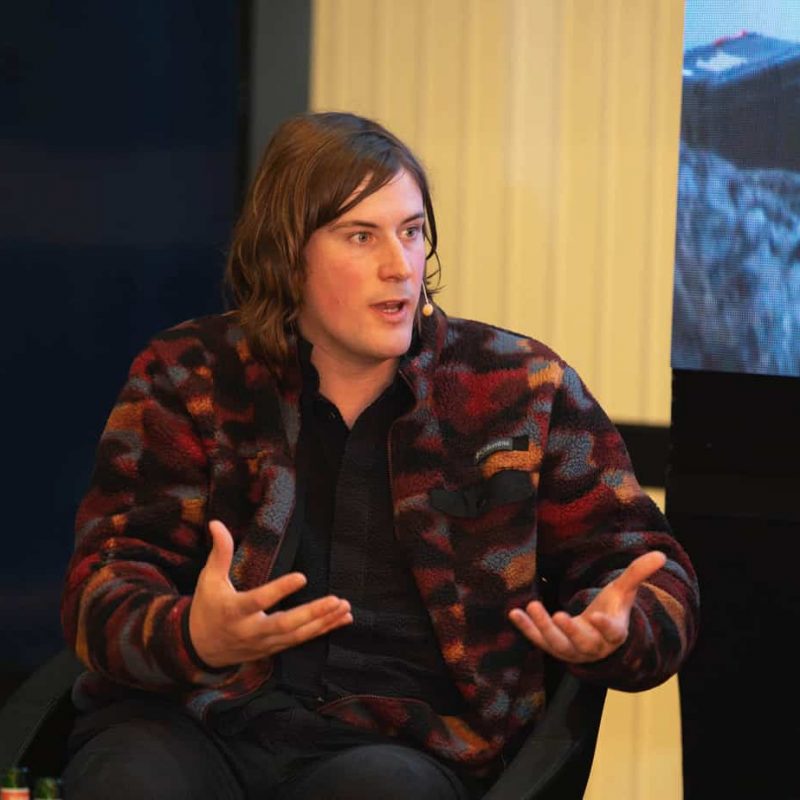 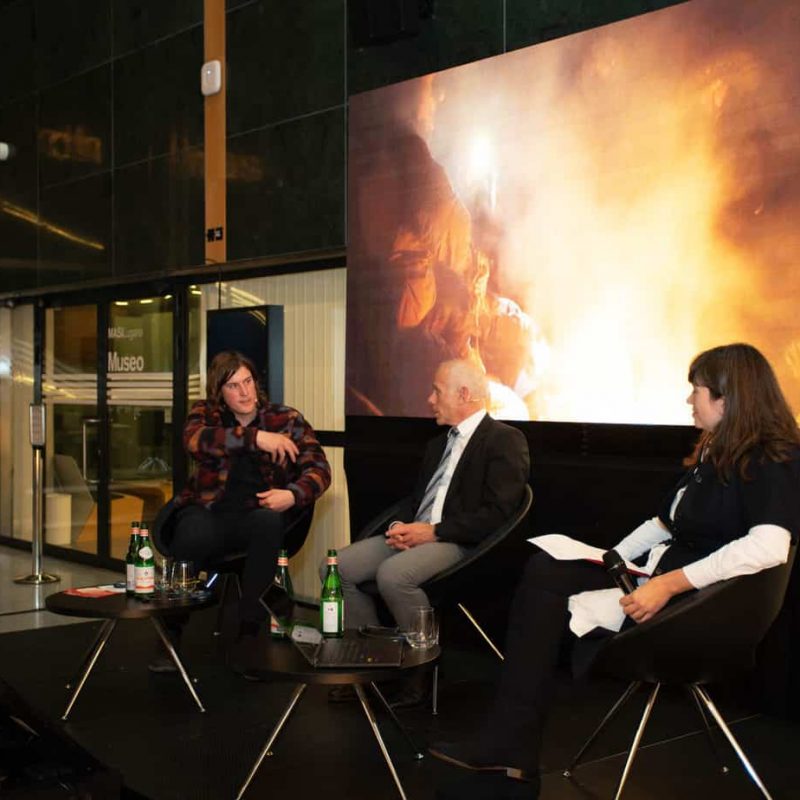 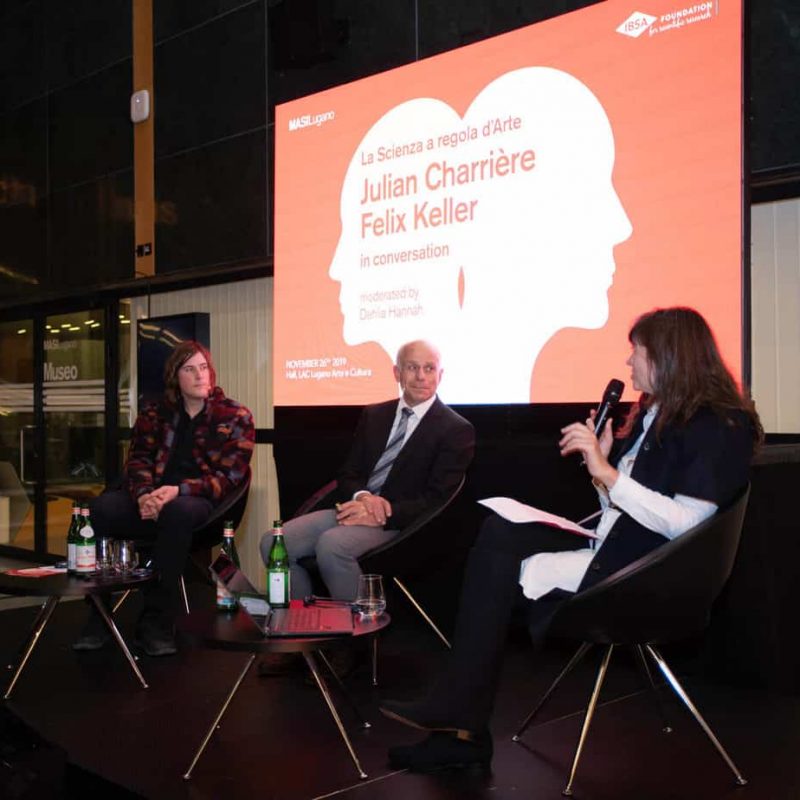 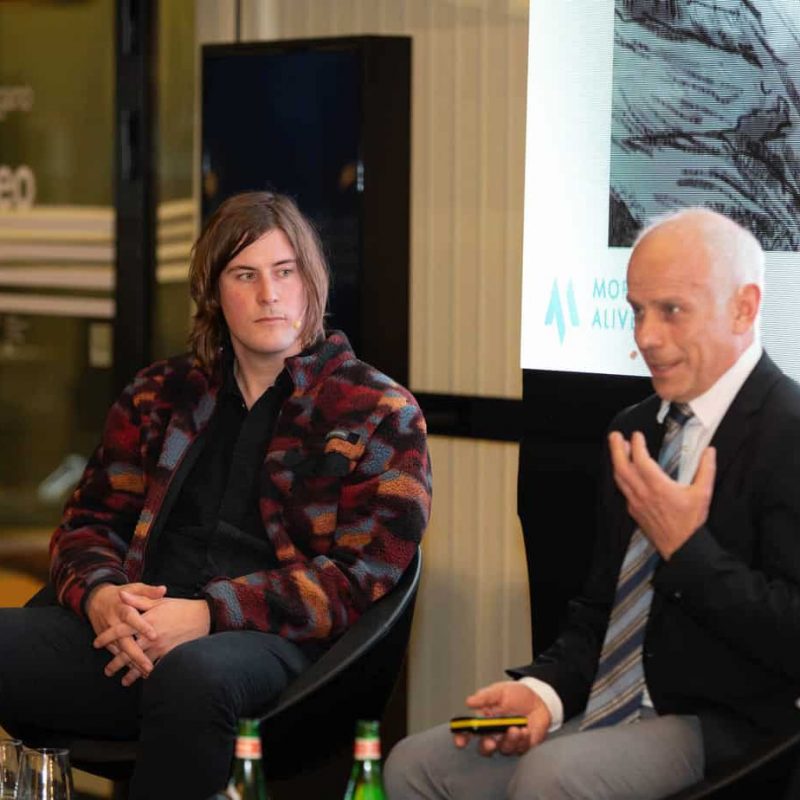 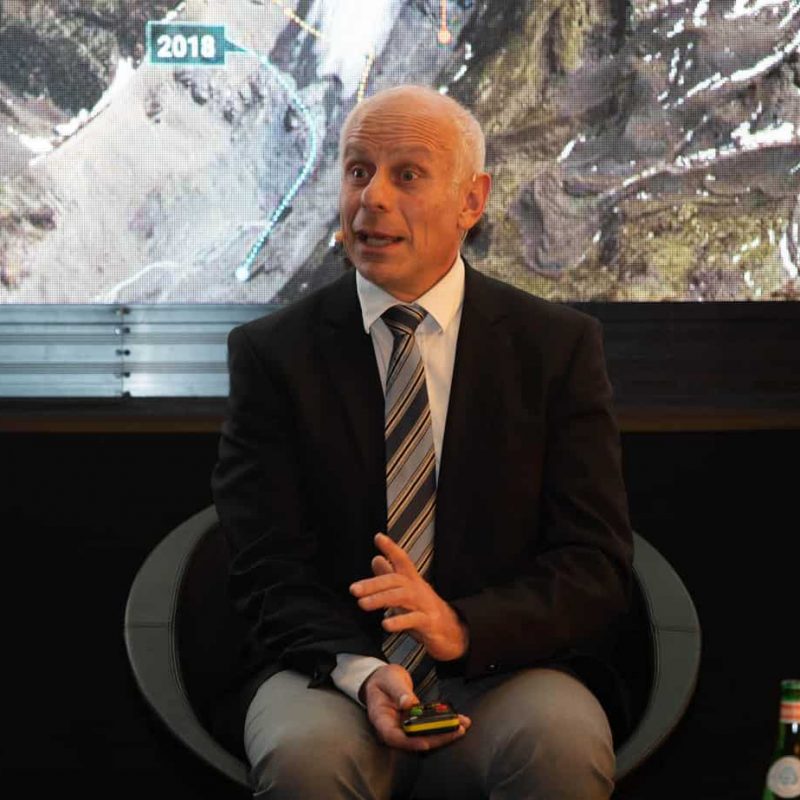 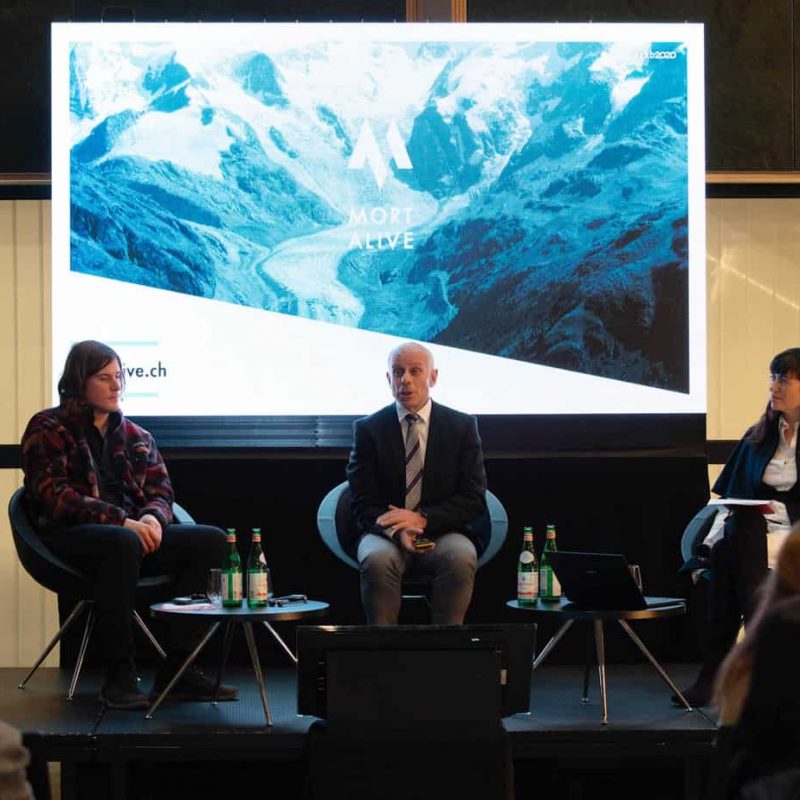 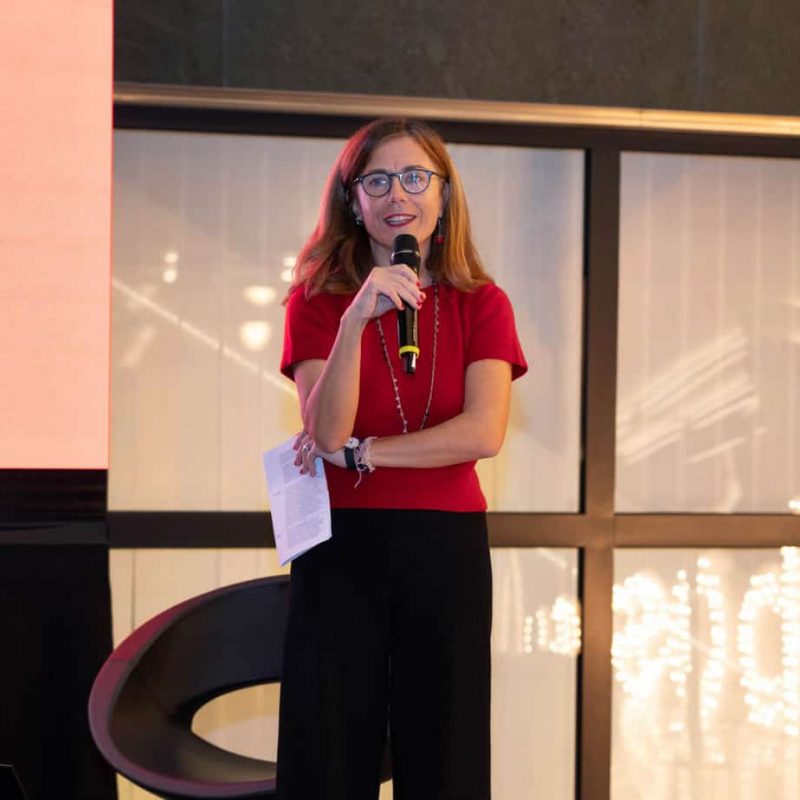 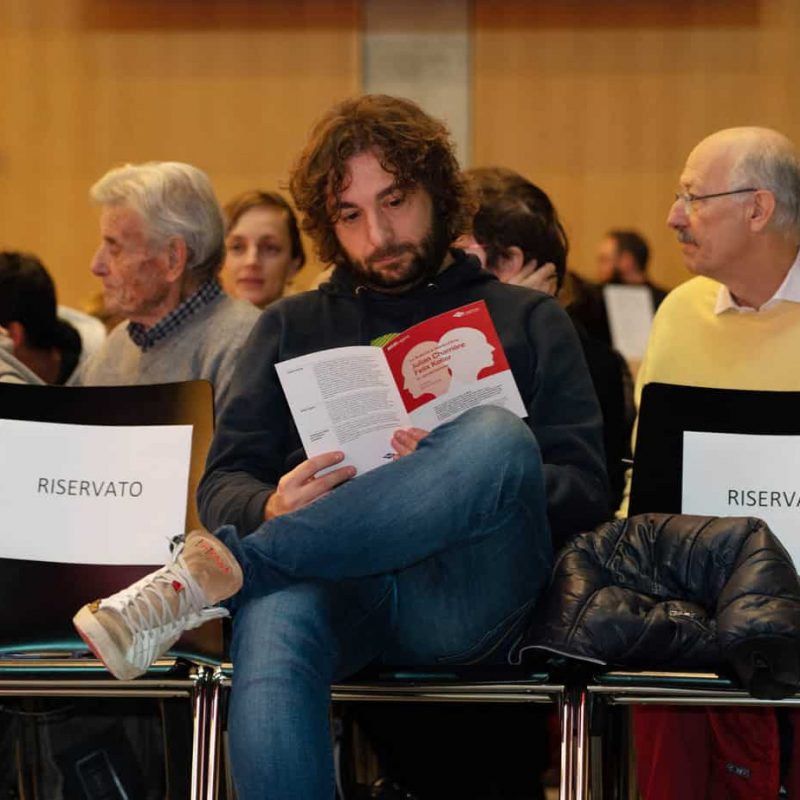 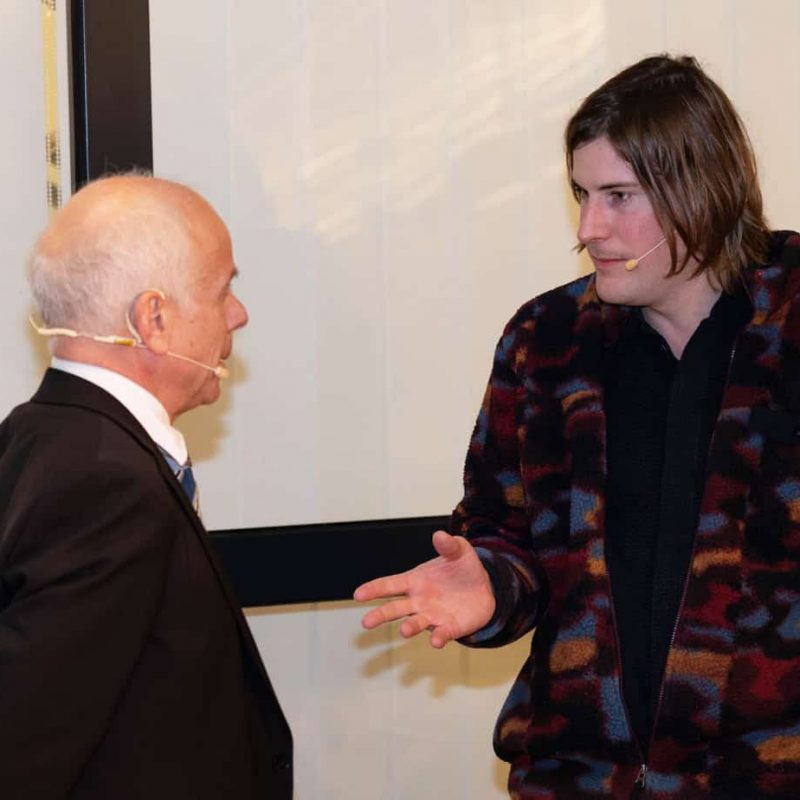