Barbara, the founder of cellular genetics

Barbara McClintock was the third woman to win the Noble Prize for Medicine, after Gerty Cory and Rosayln Yalow, and the only female ever to have received this prestigious award by herself, without sharing it.

Barbara was awarded the Prize in 1983 for her discovery of transposons, the genetic elements capable of changing position within the genome (the genetic heritage that characterizes all living organisms). Her brilliant and revolutionary intuition dates back to the 1950s and was opposed for a long time by a large part of the scientific community.

“My life has been well-lived, because I was able to dedicate myself to what I liked doing most”.

Barbara was born in Hartford, Connecticut, in 1902. Her father was a doctor and her mother was an artist (pianist and painter).

Barbara became fascinated by genetics at high-school. At that time women were banned from studying genetics at University and Barbara had to enrol to study botany. She then specialized in cytology, taking genetics as an additional subject. Several of her works on the chromosomes of corn plants were already published by the prestigious journal ‘Science’ at the beginning of the 1930s.

In 1944 Barbara became a member of the US National Academy of Science and the following year was the first woman to be elected president of the Genetics Society of America. Despite all of this, in 1951 many of her colleagues criticised the results that she presented at a scientific symposium: Barbara announced that she had identified several genes that, depending on where they moved within a chromosome, made the different kernels of the same ears of corn take on different colors.

Her conclusions – that the genome is not static in structure and is subject to changes and alterations – paved the way to modern cellular genetics, but what she discovered was too original and revolutionary for the scientific vision of the time, which saw genes as a static entity within chromosomes that were incapable of moving.

“That woman is either crazy or a genius” said Joshua Lederberg of her (Nobel Prize for Medicine in 1958).

It was only much later that Barbara’s achievements were acknowledged. And thus she received the National Medal of Science in 1970, the Horwitz Prize and the Wolf Prize in 1981 and finally the Nobel Prize for Medicine in 1983.

Already during her college years Barbara was decidedly non-conformist: she wore trousers, had short hair and played the banjo in a music group that performed in various clubs.

Her talent for science also became immediately evident: from the very beginning she demonstrated a particular acuity in her observations under the microscope, and she was quick to acquire a great mastery of cytogenetic analysis (the study of chromosomes within cells).

The important thing is to develop the ability to see that one seed is different from the others, and to understand why and what this difference consists of. […] One must have the time to look and the patience to listen to what the material has to say to you.

Barbara stood out also because she did not follow the classic logical and sequential thinking that was typical of science. She united an extraordinary ability to observe and understand nature with a work method based on a global vision and an intuitive approach.

A free and independent spirit, Barbara chose to not marry so that she could dedicate her life entirely to scientific research. She appeared to be exuberant and extrovert, but in fact she was rather shy and reserved. She was always aware of the importance of her work and of being a role model for many other women that had decided to follow a scientific career.

Her most important discovery was the so-called genetic transposition. Barbara asserted that genetic elements could transfer from one chromosome to another in an apparently coordinated manner and that the genetic code of an organism was flexible, as it was constantly stimulated by its surrounding environment.

This vision did not perceive a predetermined path in the growth of a living being, but rather hypothesized the existence of a dynamic system, regulated by the entire cell.

On the basis of these considerations Barbara discovered the existence of transposons, genes that control the activity of other genes, capable of changing properties by jumping within a chromosome or among different ones.

Barbara’s work was ignored for decades by the scientific community, but the study of these genetic elements turned out to be fundamental in the medical field.

In many later studies the role played by transposons also in the transformation of healthy cells into cancer cells and in the transmission of bacterial resistance to antibiotics was acknowledged, opening important new avenues of research. 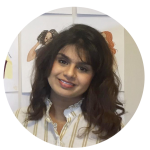