The meeting between the German photographer Thomas Struth and the American physicist James Beachem, which took place on 18 October in the hall of the LAC in Lugano, offered the opportunity to weave together the experiences, pathways and visions of two great personalities that usually work in fields that border on Art and Science.

Over the last ten years, Thomas Struth has dedicated his life to exploring the relationship between the artificial and the real, travelling the world in the search for laboratories and large scientific research facilities. “For me, they are the landscapes of the modern brain”, he explains. “Today there is this one-sided investment in technology and science as the promised better future – the iPhone, the internet, cloud computing. It seems to me that our thinking has become problematically entangled in these kinds of self-focused, endlessly repeating desires. That is why I wanted these pictures to look somehow exhausting”.

James Beacham, a young, brilliant scientist who also loves to speak about subjects such as technology and artistic events in his public speeches joined the conversation with Struth. In 2012 Beacham was one of the main players in an extraordinary experience: he participated in the Large Hadron Collider experiment at CERN, the most extensive scientific experiment ever organized, which was conducted in a 27km-long tunnel on the border between France and Switzerland, buried 100 meters underground. In fact, the most technological and futuristic laboratory in the entire history of science.

James Beacham, particle physicist with the ATLAS Experiment at CERN.

Dr. James Beacham searches for answers to the biggest open questions of physics using the largest experiment ever, the Large Hadron Collider at CERN. He hunts for dark matter, gravitons, quantum black holes, and dark photons as a member of the ATLAS collaboration, one of the teams that discovered the Higgs boson in 2012. In addition to his research, he is a frequent speaker at popular sci/tech/art events around the world, including the American Museum of Natural History, the Royal Institution, SXSW, and the BBC. His talk “How we explore unanswered questions in physics”, was featured on TED.com and has been viewed nearly 1.5 million times. He contributes to podcasts, radio shows, and documentaries, and has been featured in The New York Times, Wired, and Gizmodo, among others. Beacham trained as a filmmaker before becoming a physicist and regularly collaborates with artists. In 2015 he launched Ex/Noise/CERN, a project exploring the connections between particle physics and experimental music and film.

Thomas Struth was born in 1954 in Geldern, Germany and studied at the Kunstakademie Düsseldorf. A part of the first generation of artists to study photography with Bernd and Hilla Becher in the 1970s, he spent a year in New York, where he produced black-and- white urban landscapes in central perspective. In the mid-1980s Struth began a series of color and black-and-white portraits of individuals and family groups.

Illustrating Struth’s belief in photography as “a tool of scientific origin for psychological exploration,” this ongoing work examines the personal and cultural dynamics that condition our self-image, exploring how it will influence our individual and collective identities. In recent years, Struth became increasingly interested in the topics of technological innovations and the constructed landscape. For Nature & Politics, he photographed at sites of techno-industrial and scientific research including space stations and operating theatres. Additionally, Struth’s extensive repertoire of topics include his images of jungles and forest landscapes. Struth’s work is featured in various public art collections, including some of the most important galleries and museums over the world.

James Beacham – Particle Physicist in the ATLAS experiment at CERN

The relationship between art and science is truly complex, yet very simple at the same time: science and art inspire us to ask questions about the world. In science we try to reduce nature within the boundaries of fundamental knowledge so that we can understand its basic rules, we ask questions in order to obtain tools that allow us to have greater control. As human beings we are curious about ourselves, our role in the universe and in the world, we want to have a better understanding.

In art (which is painting, sculpture, film, poetry) everything is based on what appears beautiful and successful, and not on objective tools or criteria. In science we try to understand things that are impossible for human beings to experience directly (you could never hold the Higgs Boson in your hand): there is an ontological gap between what we want to know and what we can experience. And the way to connect these two extreme points are scientists, who usually present their results using graphs, numbers and publications. However, there can also be artistic components in the way I decide to present my work to the world.

THE POSSIBILITY TO OBSERVE SOMETHING IN SILENCE

When you work as an artist it is only natural to find yourself in this kind of situation, to speak about what you do and about the biggest questions that existence throws at us. Everything we think, everything we communicate concerns humanity. My work on the family, on the portrait of a family at a certain time and at a particular moment in history, for example, has to be included in this regard: it is placing attention on the fact that all of us, without any exceptions, are born within a family.

My work as a photographer started through painting, I then transported techniques and tools from the canvas to the camera: it was a way of passing from a private to a public dimension. In a certain sense I started to work with a more scientific and efficient tool, which allows you to repeat things. Art gives you the particular possibility of observing something in silence – mine is a very classic approach – the particular opportunity to represent something contemplative, reflective: it is something that I greatly appreciate and that I find particularly important today.

A COLLABORATION THAT PRODUCES SIGNIFICANT RESULTS

MASI is very happy and proud that the relationship between IBSA Foundation and our Museum is becoming stronger and stronger, because it enables us to plan for the future and will allow us to bring even more important figures from the world of art and the world of science to this region and to get them to talk to one another.

We are very proud to have Thomas Struth with us today, one of the most important artists and photographers in the world, who has always shown an intellectual depth to his work and, therefore, is the perfect candidate for a conversation with a leading scientist like James Beacham.

Today two leaders in their respective fields meet, and this promises to be a very interesting conversation.

A SCIENTIFIC OUTLOOK IS NOT AFRAID OF OTHER OUTLOOKS

There is a close relationship between art and science, we often don’t see it and we  may even refuse to see it, because it seems to be very difficult: when it comes down to it, they are also two worlds that are very different. I admit that I have a greater weakness for art, therefore I believe that art can bring us closer to science in a different way. You need the right people to do so, and experiments like this one are going in the right direction, because I believe that science still scares many people: many think that it is boring and difficult, whereas art, on the other hand, which speaks more to people’s gut than to their heads, can also help us to have a better understanding of science.

What I appreciated from the collaboration with IBSA Foundation was its open-mindedness, interdisciplinary approach and different outlook, an outlook that naturally remains scientific but that is not afraid of the arts and other points of view. What fascinates me, in particular, is being able discuss a subject in a different way than what we think is the only approach. 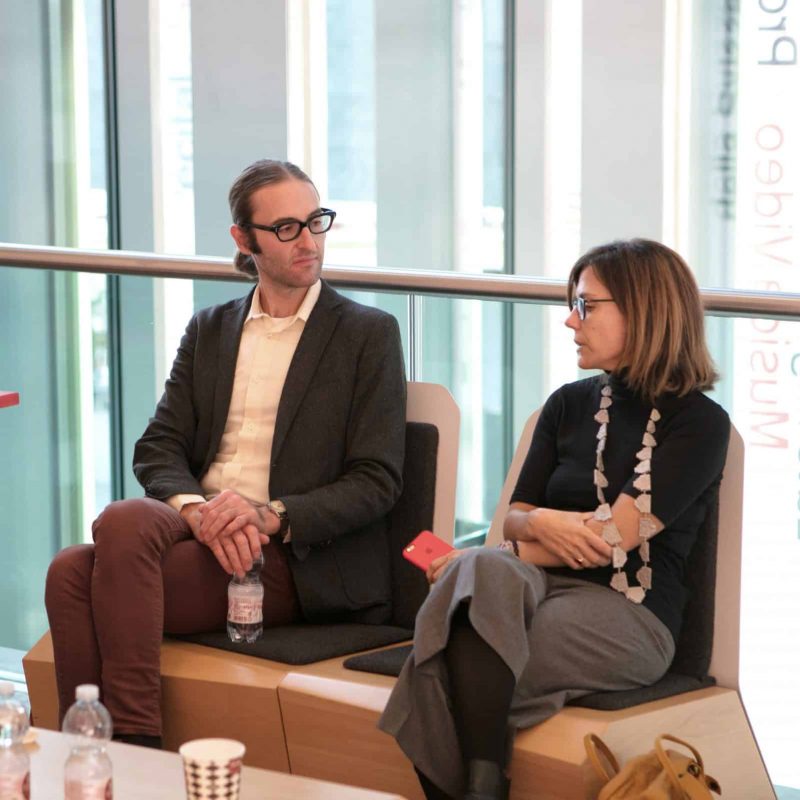 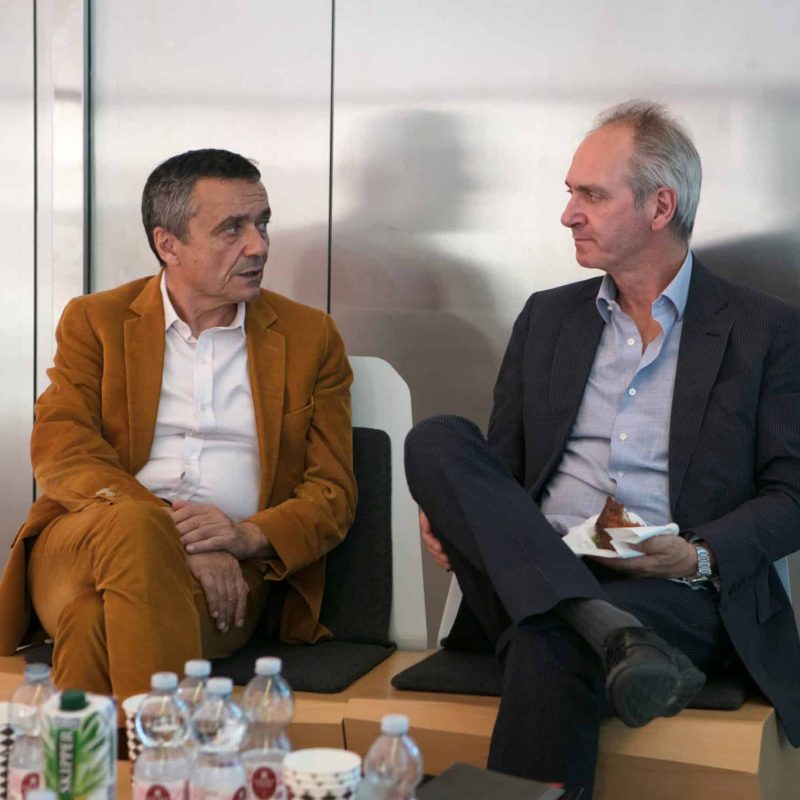 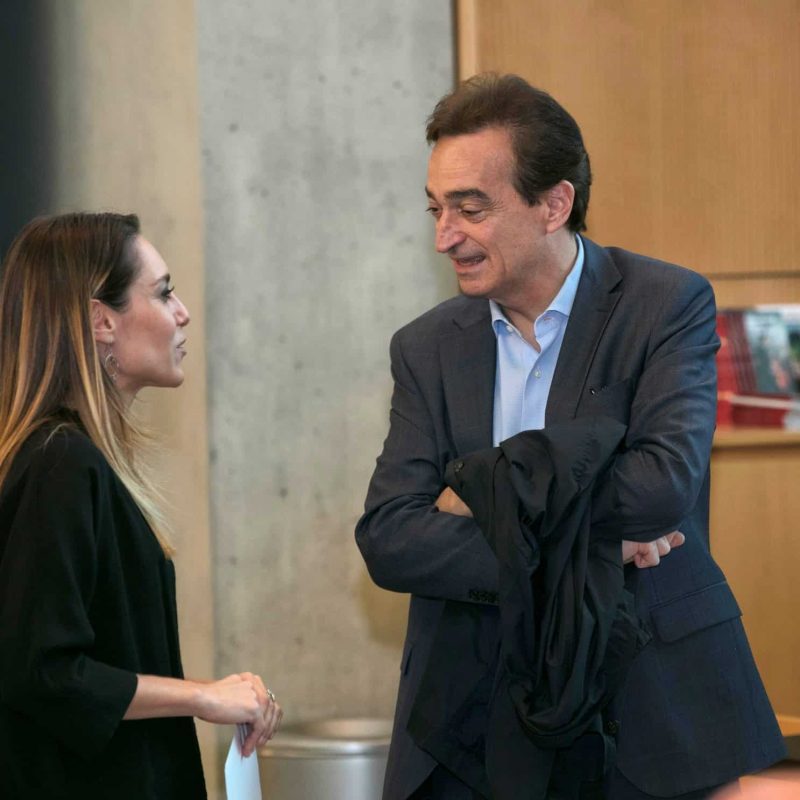 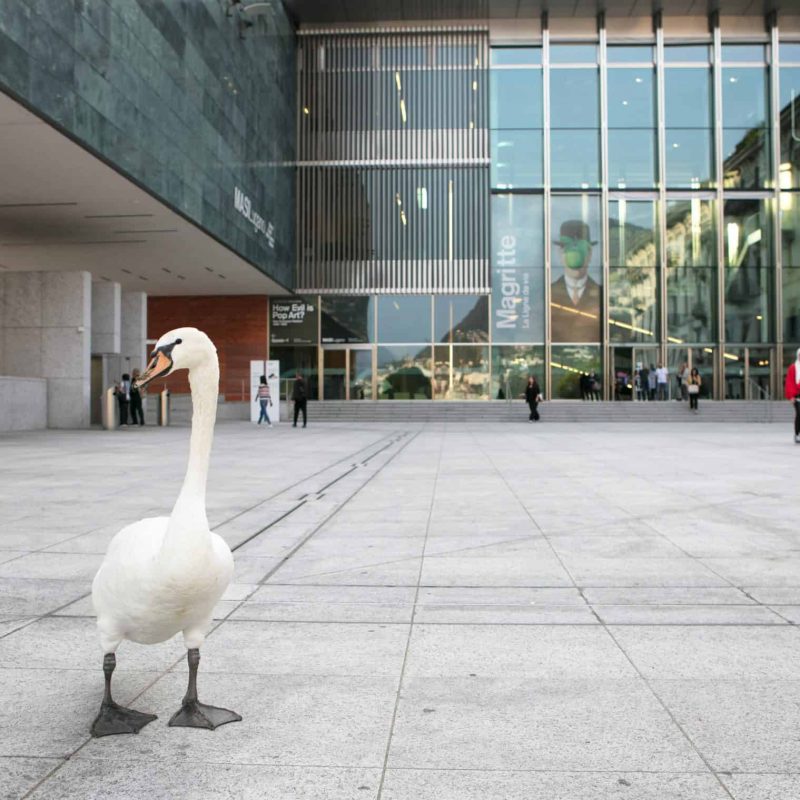 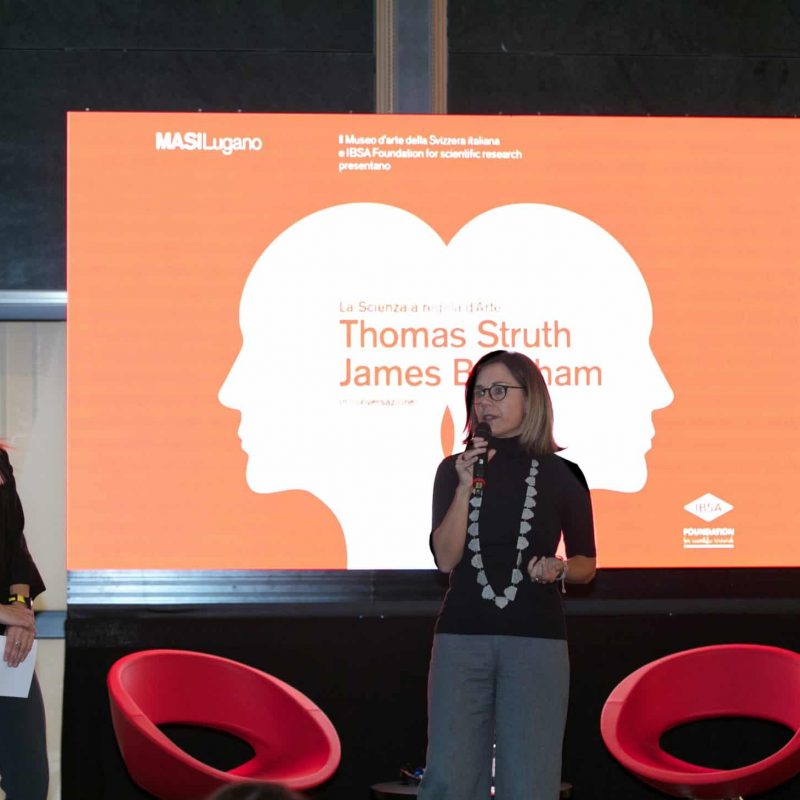 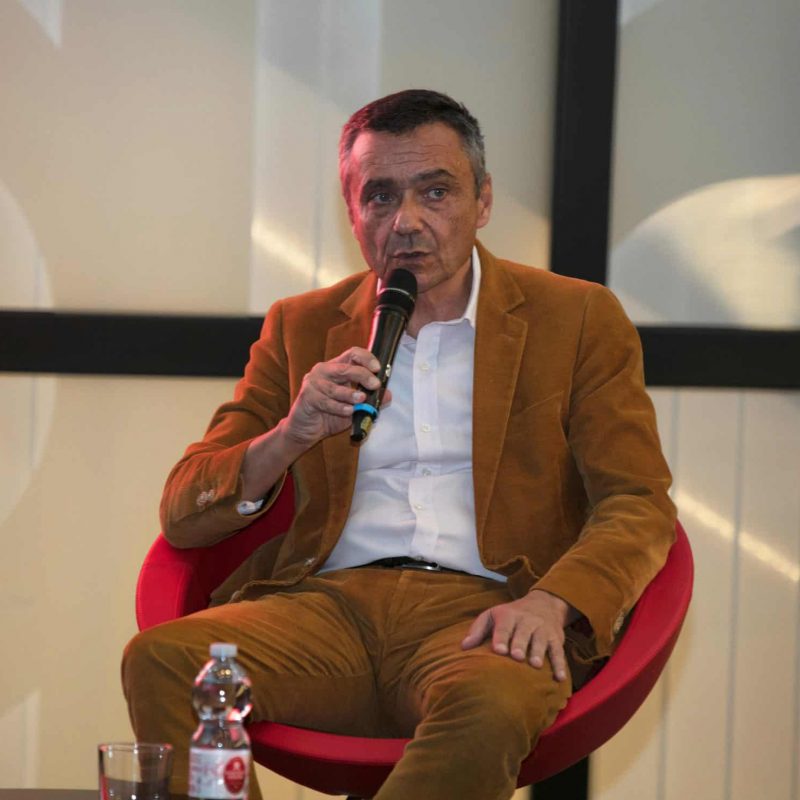 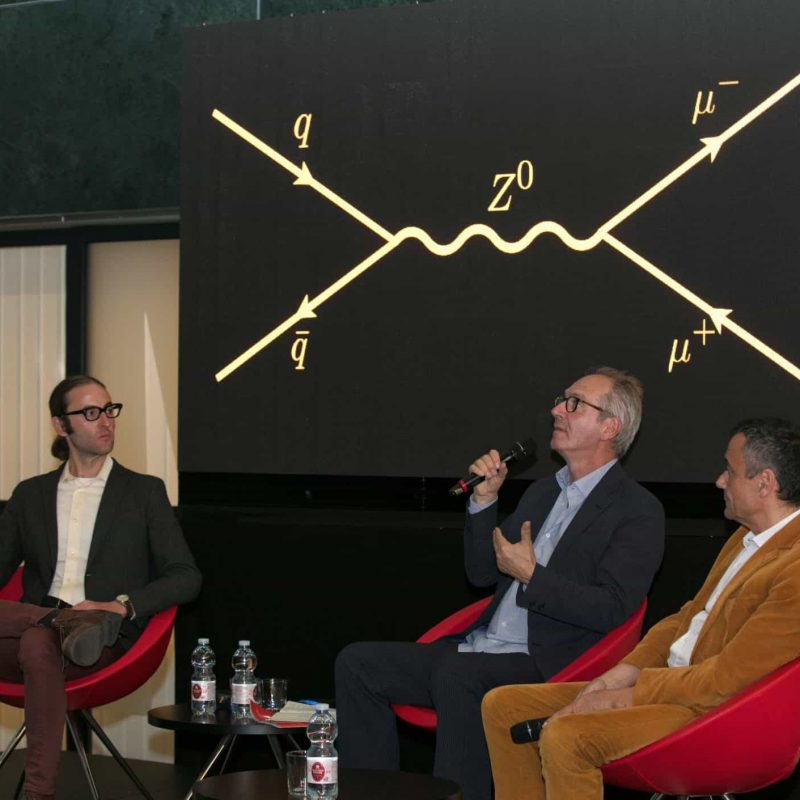 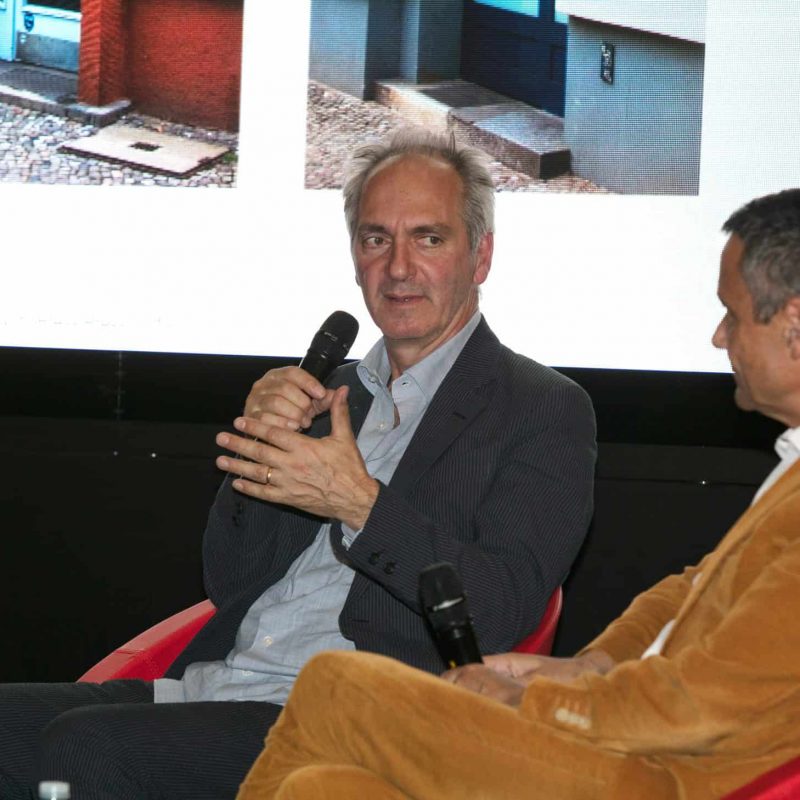 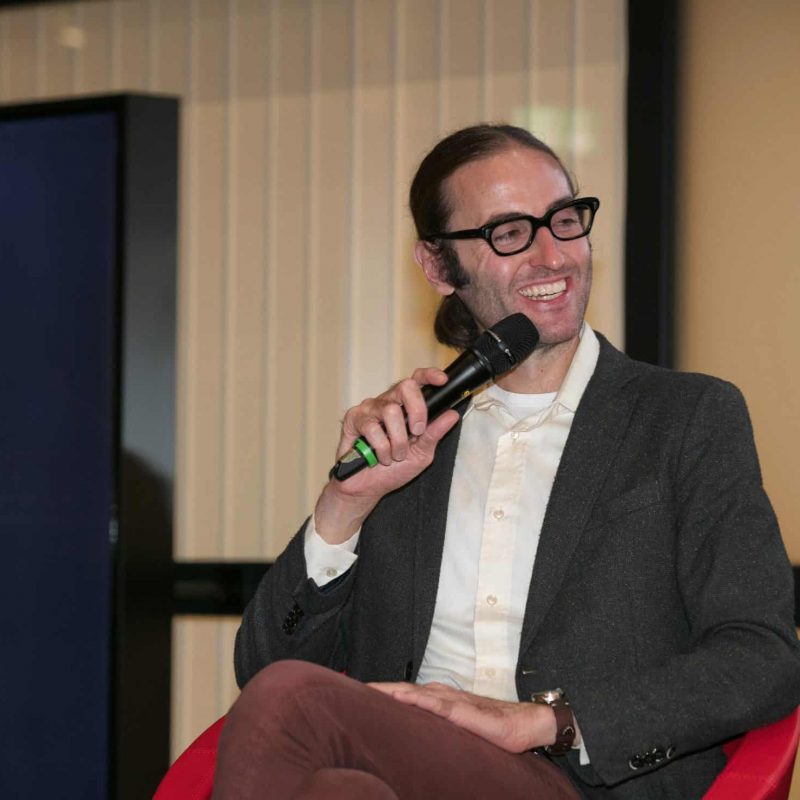 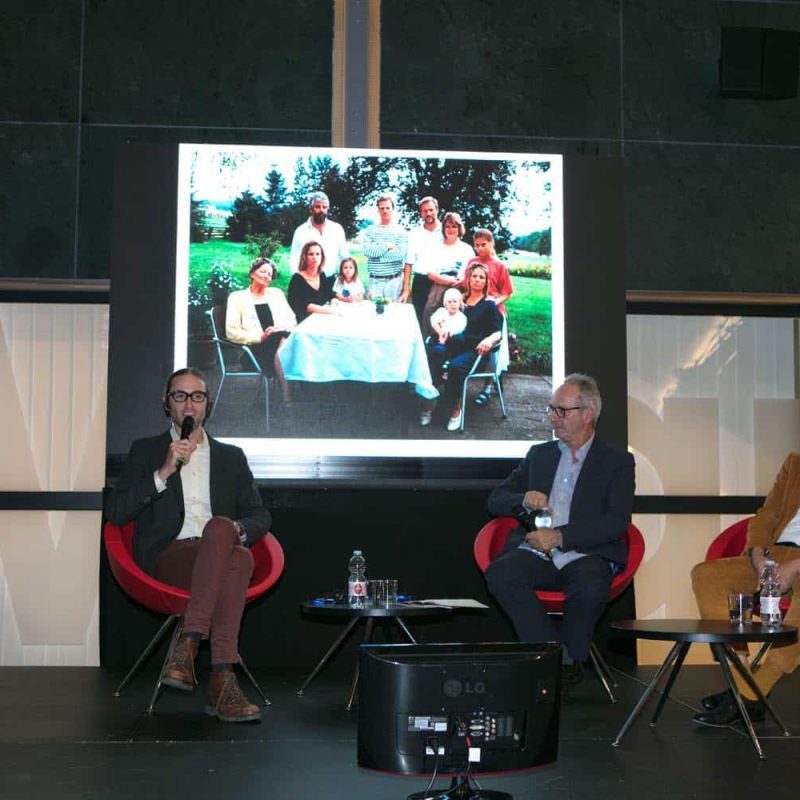 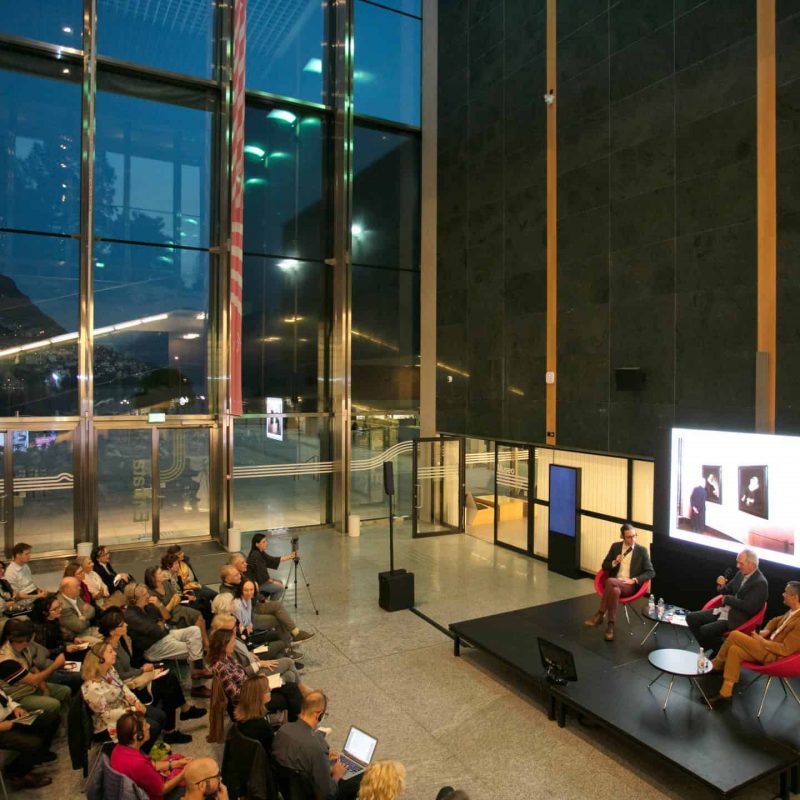 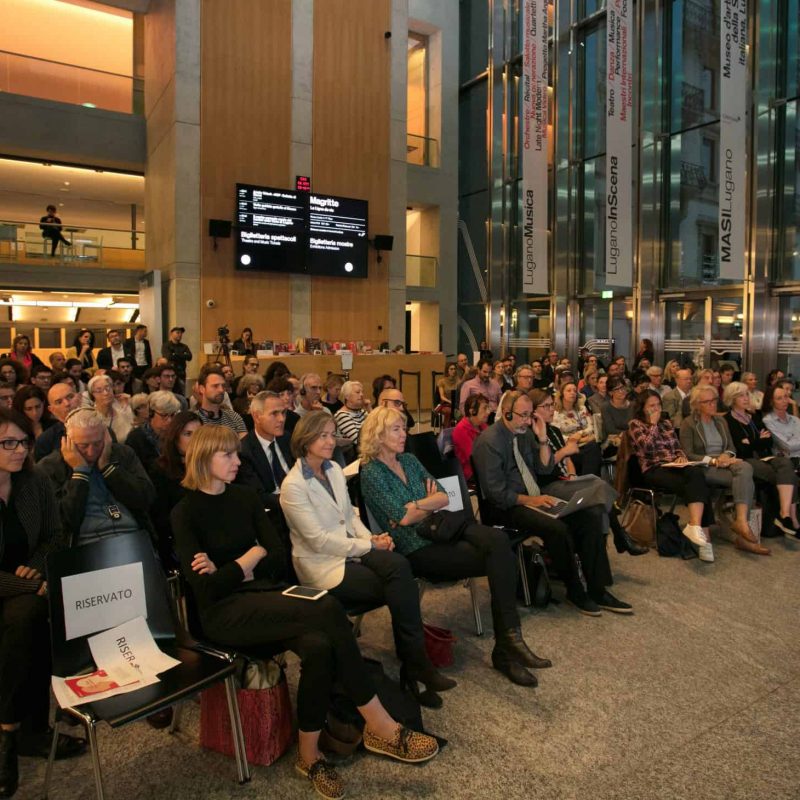 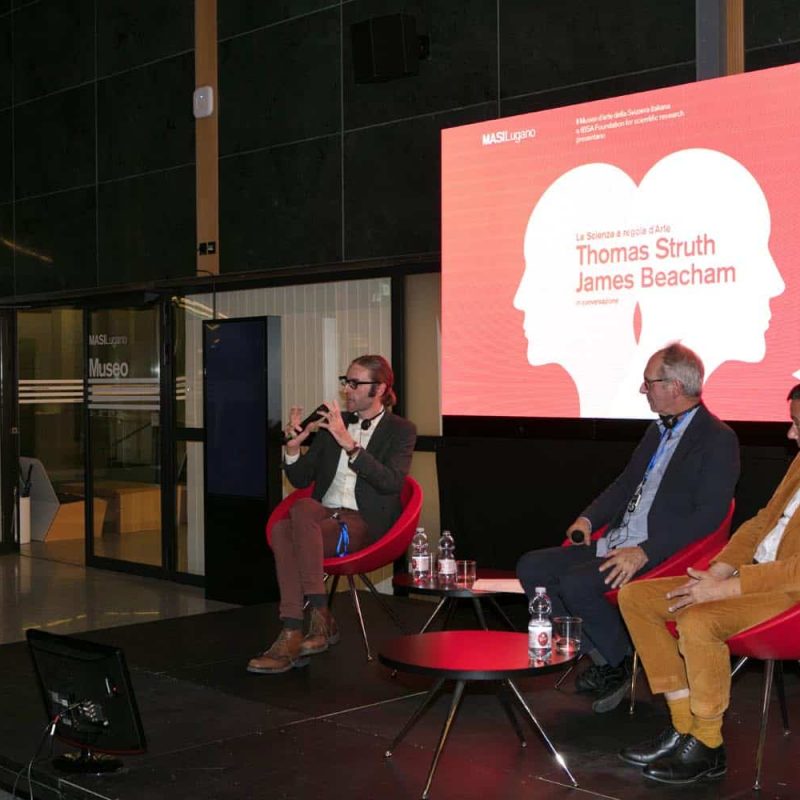 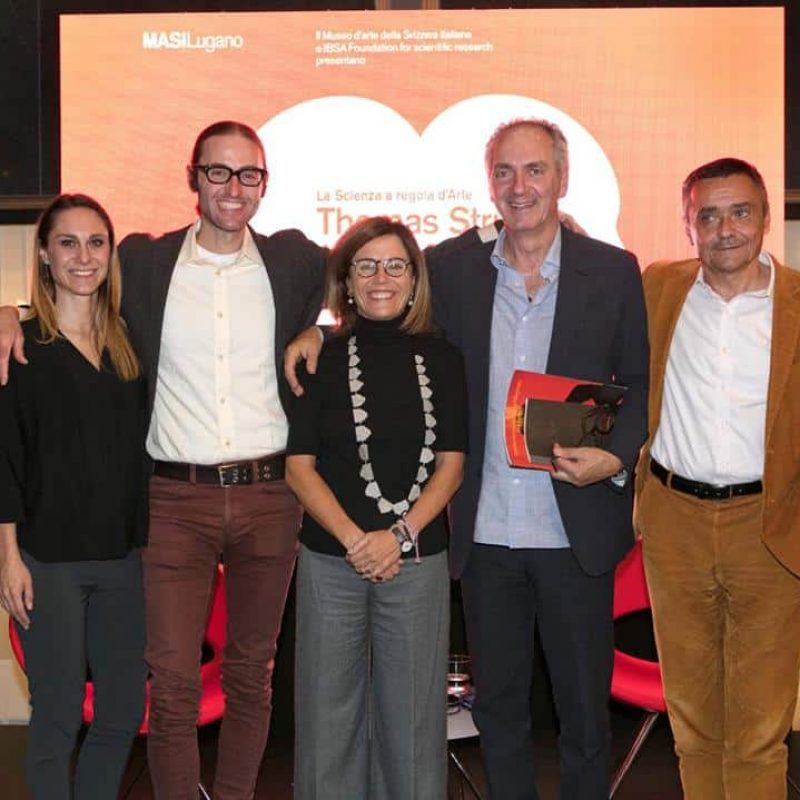 The German photographer Thomas Struth and the American physicist James Beachem will meet in Lugano, in the hall of the LAC ...
Start Reading