The Art of Comics Part II: The Script

Writing pictures
After our brilliant idea has been developed into the subject and been approved by the publisher as we said in our last article, we’ve reached the final stage of our work.

But be careful… this final moment, the script, is the most important one. The script is the basis for creating the actual comic strip. After it has been written and revised several times, it will be entrusted to the illustrator. The words will be transformed into images and symbols. Everything we write will reach the reader this time, filtered and mediated by the illustrator’s creativity.

So, the script represents many things at once. The culmination of the creative process, a working tool for the cartoonist and the technical means through which a comic strip comes to life. If the subject is the telling of the story in prose form, the script transforms this story into a visual narrative, made up of scenes and sequences. The script can be said to represent the visualisation of ideas and emotions.

This illustrates the main difference between a novelist or short story writer and a scriptwriter. The former thinks in words and ideas, the latter has to think in images. And this is the biggest difficulty. Because thought is developed and articulated in words, but words cannot always be drawn. So if I’ve used the literary form in the subject, I’ll have to do a real translation in order to produce a script that is feasible. In other words, in a comic strip, emotions and feelings have to be rendered in actions.

Everything in comics, but in a certain sense also in cinema, is action. By action we don’t only mean a guy-toting cowboy who throws himself to the ground shooting wildly at Indians, but his acting, or what he does. They say that in theatre, characters report the action or talk about it before it happens, but in film and comics, characters speak while they act. And, in fact, theatre is speech. Cinema and comics, on the other hand, are action. Comics even more so than cinema. Because the characters' freedom of movement is unlimited and depends only on the author's imagination, while cinema is still tied to the technical medium. Scriptwriting means writing pictures.

Like a musical composition written for a string trio, a comic book script can also be divided into three different parts: direction, dialogues and onomatopoeia, which, although separate have to create a single, harmonious whole. Direction consists of instructions to the illustrator, dialogues relate to the verbal exchanges between the characters and onomatopoeia is the noises…what we call sound effects in cinema.

Drawing words
The illustrator, after receiving and reading the script, understanding the sense of the story, the psychological characteristics and the function of each character, first gives them a face and body. Without that they cannot move on to the next stages.

They need the characters to think and sketch the shots first in the lay-out, then on the storyboard. Then comes pencil drawing. Here the illustrator can employ their technical skill and a good professional has to understand the rules of anatomy, perspective and life drawing to perfection. In fact no one has a professional background as complex as a cartoonist.

The main difficulty for an illustrator is having to reproduce reality through graphic symbols. They can do this in various ways: some use an almost photographic, hyper-realistic style, others a complex style with dashes and lots of symbols, and others stylise as much as possible, even taking the iconic language of comics to the extreme.

In any case, every drawing has to be believable and lifelike.

It doesn’t matter whether a gun looks real, but I need to believe that it shoots and it its bullet can kill. That is why the cartoonist always starts with the real thing.

Finally, the pencil plays a very specific role in the structure of the whole drawing: it forms its foundation. It is its solid base. The illustrator performs what is known as an Indian ink overlay on the pencil drawing.

Technically, this phase involves going over the pencil drawing with ink. In jargon, it is called 'Indian ink' because that is the ink used. But some professionals also use other tools: from the felt-tip pens to biros, nibs, paintbrushes or special software.

Indian ink gives a style to a drawing. Anyone familiar with comics can distinguish one artist from another. This happens because of a combination of factors. For example, how they tell the story or whether they use open or closed lines. But above all for their style. As art history shows, it’s the style that distinguishes artists. Artists (sometimes subconsciously) put their whole being into their style.

Finally, colour can be just as expressive as Indian ink. It recounts the artist’s emotions, moods and points of view. So much so, that it actually replaces Indian ink itself when the comic strip is not in black and white.

So at the end of this long and painstaking process, our pages are ready to be printed and proudly take their place on the shelves of a bookshop or newsstand. 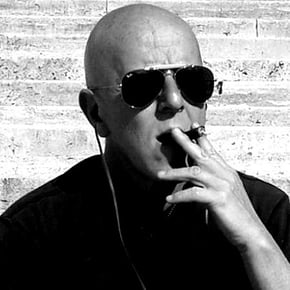 Part-insect and part-robot, they can be used to carry out reconnaissance in inaccessible and dangers areas. They are powered by ...
Start Reading
Paolo Rossi Castelli 22 September 2022 17 min read

The use of psilocybin (similar to LSD) under medical supervision, combined with psychotherapy, reduced alcohol abuse by 83%.
Start Reading