How to fight anxiety without drugs with 'social prescribing'

An increasing number of countries are fast-tracking policies to integrate health care with community services, to offer practical and emotional support to people through cultural participation. ‘Social prescribing’ – a new way to combat anxiety - is emerging.

12,000 children, aged 3 to 8, went to the theatre in Emilia-Romagna, Italy, in the first five months of the year. This was a result of Sciroppo di Teatro, a programme launched by the Region with ATER (a foundation that manages 11 local theatres).

The well-being of children, families and the arts world was devastated by the pandemic. Around 50 per cent of the seats available for the 70 shows staged were covered by this ‘social prescribing’ which, given its success, is being extended nationwide.

The project, the result of a strategic alliance between the arts and health sectors, is a response to the psychological, emotional and behavioural repercussions and the change in social relations produced by the long-lasting pandemic on children and their families.

Theatre stimulates the imagination, together with expression and socialising, and helps us manage emotions. Safeguarding mental health is also one of the great challenges of our time. In 2020, the Mental Health and Pandemic report by the European Parliament's Research Service clearly showed that the invisible wounds of Covid-19 are a 'second' or 'silent' pandemic with significant effects, especially on children, young people, the elderly, women carers, and vulnerable people.

Anxiety: the malaise of living in an age of uncertainty

But the increase in anxiety in the entire world population, albeit accelerated by the pandemic, has deep roots in the radical social changes of the early millennium.

In 2019, a systematic literature review, published in the prestigious journal The Lancet, which analysed scientific evidence over the past ten years, sounded the alarm by predicting that 12.5 per cent of the global population would experience mental health problems during their lifetime.

In the CDC report of August 2020, the National Institute of Mental Health (USA) reported a 50 per cent increase in symptoms of mental health issues, specifically anxiety, depression, stress and suicidal thoughts, compared to the previous year (April-June 2019).

In March this year, the World Health Organisation, referring to data from the first year of the pandemic, noted a 25 per cent increase in anxiety and depression in the world population.

The direct effects of fear are combined with the indirect effects of isolation produced by social distancing measure. Others are a result of the socio-economic fallout, including unemployment, impoverishment and social exclusion. This is confirmed by data from the European Parliament report. In Belgium, anxiety and depression rose from an average of 11 per cent to 23 per cent. In France, anxiety was found to have doubled and satisfaction with life significantly decreased. In the Netherlands, more than one third of the population reported feeling anxious, stressed and suffering from sleep problems. In Italy, 8 out of 10 people said they needed psychological treatment.

According to the latest ISTAT statistics (2022), in Italy in 2021, the percentage of people at risk from depression was 40 per cent and the recent ISTAT Fair and Sustainable BES-Wellbeing report 2021 highlights a significant decline in satisfaction with quality of life, especially in children and young people. The conflict that has erupted in Europe has further fuelled uncertainty, a phenomenon we will have to live with.

Faced with this crisis, several countries are fast-tracking policies to combine health care with social services and participation in the arts, to address the social determinants of health: community-based approaches focused on personalised pathways according to various needs.

These approaches, which are still largely undervalued, aim to produce the conditions to deal with the diversity and complexity of health problems, which often have social roots. The potential of social prescribing and the importance of cooperation between different sectors was the focus of a recent EuroHealthNet Country Exchange Visit (CEV) in Lisbon, which brought together representatives of EuroHealthNet member organisations and Portuguese local government to share their experiences and initiatives on 'health promotion in the community (article).

The oldest and best-established experience in Europe is undoubtedly the UK's social prescribing system, although many other countries have also entered the field, such as the United States, Ireland, Canada, Australia, the Netherlands, Scandinavia and Singapore, and are experimenting with policies to promote health, preventative initiatives that accompany care pathways and disease management, linking health organisations with the Third Sector.

Among the most recent experiences from the 'cradle of social prescribing', Eno Breathe has been identified as a great example by London Arts and Health. It was developed by Imperial College Healthcare NHS and major UK clinics specialising in the treatment of Covid-19 for patients who have recovered but continue to suffer from long-term symptoms like dyspnoea and associated anxiety. The programme brings together medical and musical skills to help improve breathing through singing. Patients are referred to the project by GPs, link workers (professionals who act as a link between clinical, social and cultural services) and other health professionals. After a visit to a specialised Covid-19 centre the programme includes a free six-week course with zoom platform meetings and digital resources like videos and downloadable playlists. At the end of the course, participants can decide whether to continue attending fortnightly online meetings specially arranged by the specialists as maintenance.

The effectiveness of singing is confirmed by recent ground-breaking research aimed at women with symptoms or diagnoses of postpartum depression: Melodies for Mums, conducted by the Royal College of Music and Imperial College of London. 73% of the women involved in the mental health singing programme recovered from depression, showing greater perceived closeness with their new-borns and a decrease in the stress hormone cortisol.

As a result of the pressure of the pandemic on caregivers, programmes aimed at their wellbeing have increased. Performing Medicine (by the Clod Ensemble, NHS Health Education England and Queen Mary University of London) is designed to combat burn out. The arts training programme is aimed at GPs, medical students and health professionals, to provide training and awareness of the impact of arts services as part of the social prescribing system. The results of the programme - which was awarded the Times Higher Excellence and Innovation Award and has been published in a large number of prestigious journals, including The Lancet, Medical Humanities, the Journal of Visual Communication in Medicine, and Performance Research, included improved resilience, calmness, ability to work in a team, physical awareness, balance, concentration, the ability to listen and dialogue, observation, timing and improved response time, and the ability to appreciate difference and diversity.

Social prescribing, relying on a holistic approach and cross-sectoral partnership, can help build healthier and more sustainable communities, in which individuals can develop what the WHO defines as life skills, the capacities of the individual to adapt, self-manage their lives and be resilient to the challenging social and environmental crises we face.

But we need to move beyond the epiphany of positive practices to develop policies that are systematically adopted - programmes as well as projects.

By Catterina Seia and Sara Uboldi
Sara Uboldi is a PhD in Humanities, University of Modena and Reggio Emilia 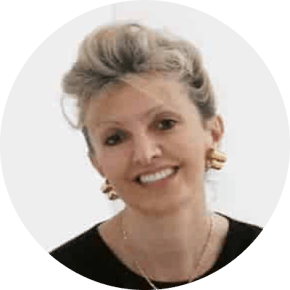 CultureForHealth: 8 major social challenges that art and culture can overcome

What if growing old wasn’t boring. 20 suggestions for care homes.

Historic hospitals, resources for the future

There are several historical hospitals in Europe, care centres in which art has always played a vital role; they have an ...
Start Reading