Women who changed the history of medicine 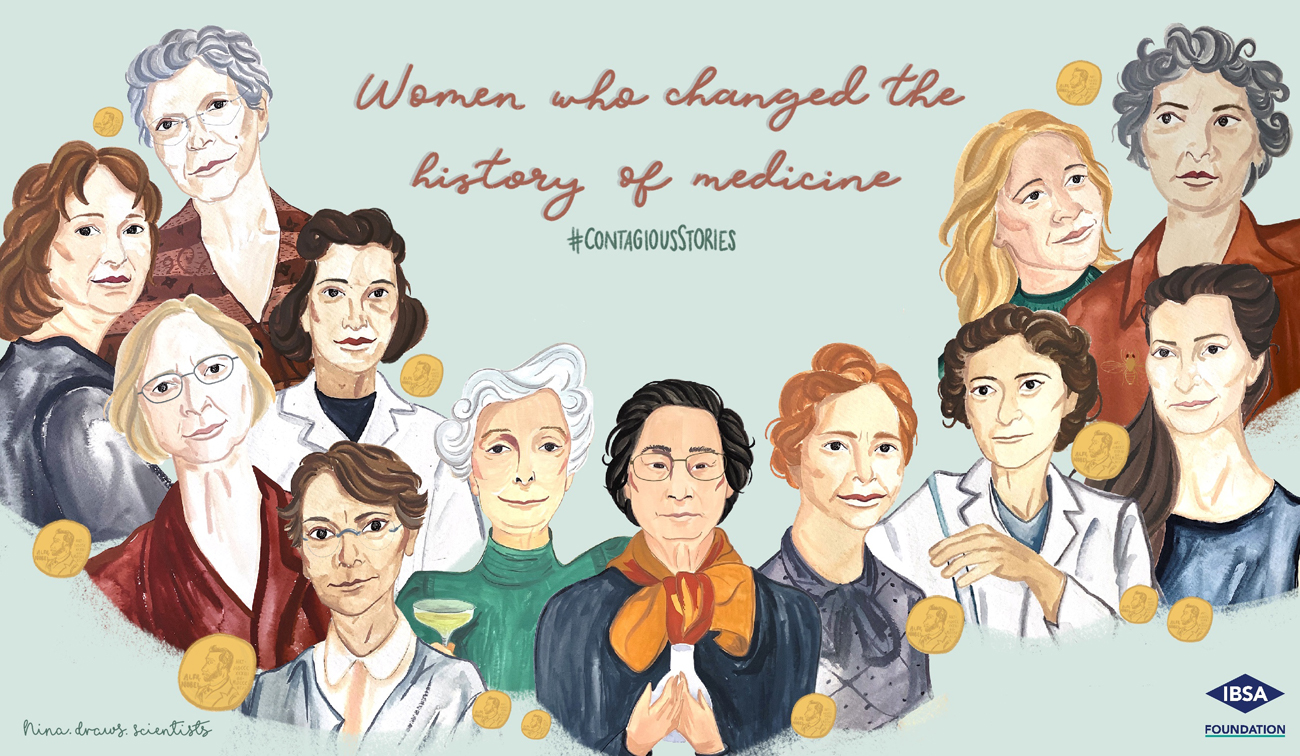 It is a fact: women are under-represented among Nobel Prize winners.

Only 1.8% of the nominations for the Nobel Prizes in Physics, Chemistry and Medicine are women. 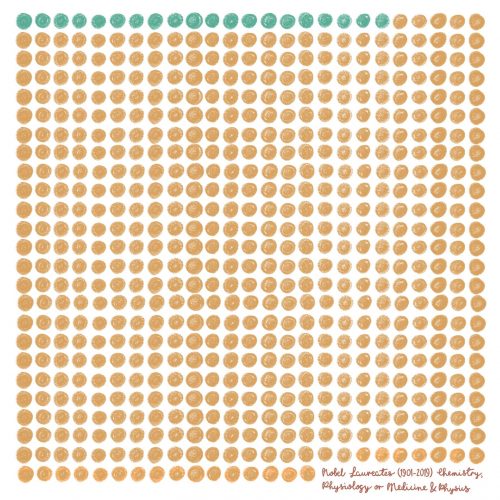 The reason for this has been unequal access to education, technology and leadership positions, which has precluded many brilliant female minds from careers in science and blocked their progress.

The lack of prizes and acknowledgement is a reflection of the inequality that women too often experience throughout their careers. The gender gap in science, technology and innovations leads to wasted talent and unexploited discoveries. And without visible and recognized female scientists, who set an example and act as role models, young female scientists and researchers can be discouraged from dedicating their lives to scientific research.

Following on from the first series of #contagiousstories we are dedicating a second series to the 12 women who have won the Nobel Prize in Medicine.

See below timeline for their discoveries. 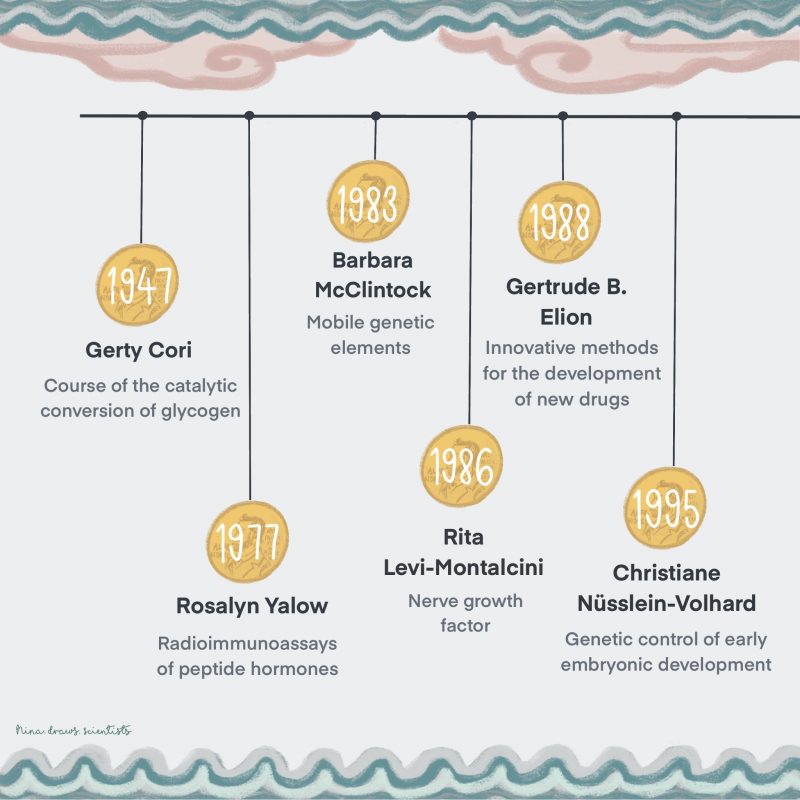 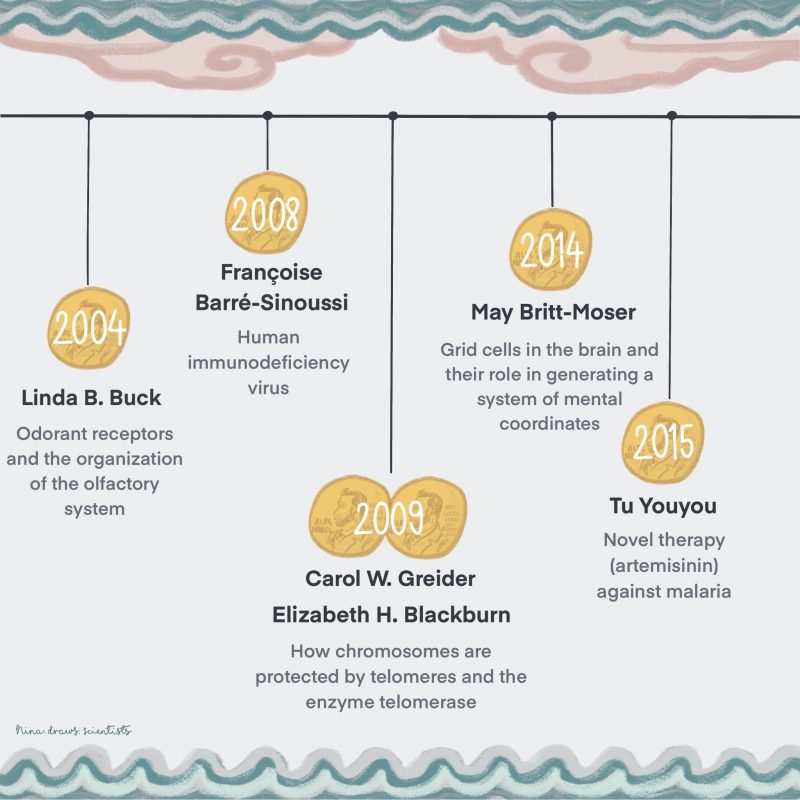 Our goal is to draw attention to the women who have contributed to the future of medicine and who are still guiding new generations of young women by encouraging empowerment and gender mainstreaming.

Each of them has made a fundamental contribution to research.

Let’s just think about the discovery of artemisinin, the anti-malarial drug developed by the Chinese immunologist Tu Youyou (2015 Nobel Prize), or the research into cellular ageing, which led Elizabeth H. Blackburn and Carol W. Greider (2009 Nobel Prize) to understand how telomeres protect chromosomes from the deterioration of genetic matter.

As we will see, each of their stories is different. Yet, they have several traits in common. 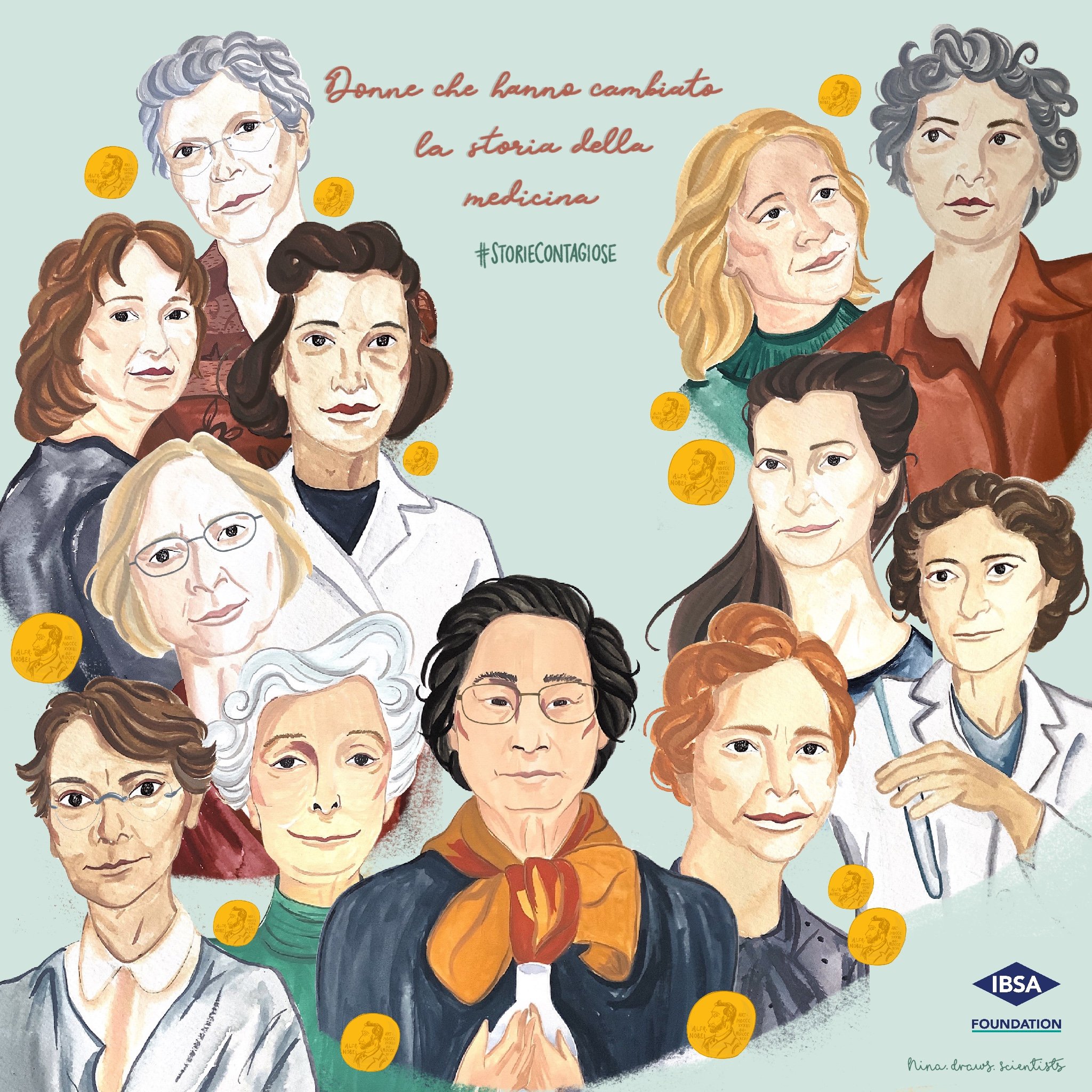 The #contagiousstories series becomes a book

Discover the lives of these 12 extraordinary scientists, from Gerty Radnitz Cori, the first female Nobel laureate in medicine, to Tu Youyu, the first Chinese scientist to receive a Nobel Prize in a scientific category without a doctorate, degree or training abroad. Available in Italian only.
Download e-book
From our Blog
Read More
Gerty Radnitz Cori

The mother of endocrinology

The founder of cellular genetics

The pioneer of neurobiology

The scientist who revolutionized pharmacology

The genius of biochemistry

The scientist who unveiled the secrets of smell

The virologist who discovered the HIV virus

The explorer of cellular ageing

The youngest woman to win the Noble Prize in Medicine

The neuroscientist who reconstructed the map of our brain

The Nobel Prize for her work on malaria